What does skinny legend mean?

Skinny legend is a term of endearment for a celebrity, usually a woman, whose fans consider them to be flawless but underappreciated. It’s also a meme where fans photoshop their idols to appear impossibly stick-figure thin.

The phrase in its primary sense isn’t meant to promote eating disorders or physical thinness. However, many people do use it to talk about being thin or wanting to be.

Where does skinny legend come from? 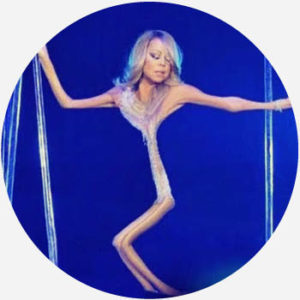 Skinny legend appeared on Twitter in March, 2009. Around the same time, there was also a Ghanaian rapper going by the name Skinny Legend. Much of the term’s early use on social media was about him.

In early 2011, use of skinny legend started to shift more toward describing celebrities who were low-key iconic or not as highly regarded as their fans feel they should be. Legend, here, draws on British English slang for an “exceptional person.”

Now, for the next phase of skinny legend to make sense, you need to know what a stan is.  Connected to a 2000 Eminem song, “Stan,” about an obsessed fan, a stan is a super-fan of someone or something. Around the summer of 2015, a subculture of stans for late 1990s/early 2000s pop divas started to use skinny legend to praise their favorites.

now this is a skinny legend pic.twitter.com/FAOHVmeLIG

Skinny legend spread in summer 2016, largely in reference to Mariah Carey. Around this time, stans also started punning on skinny, taking its “not getting enough love” sense literally for “extremely thin” by photoshopping images of singers to look unrealistically, ridiculously small-waisted.

The meme is a visual joke, as if to say: “I stan this person. You don’t believe they’re a skinny legend? Look at this picture. Have you ever seen anyone skinnier? I think not.”

In April, 2018, actress and singer Raini Rodriguez became a meme herself after a 2013 interview clip of her singing was remixed on YouTube. Both ironic and non-ironic stans began calling her a skinny legend, even going so far as inventing a fictional rivalry between Rodriguez and Beyonce. 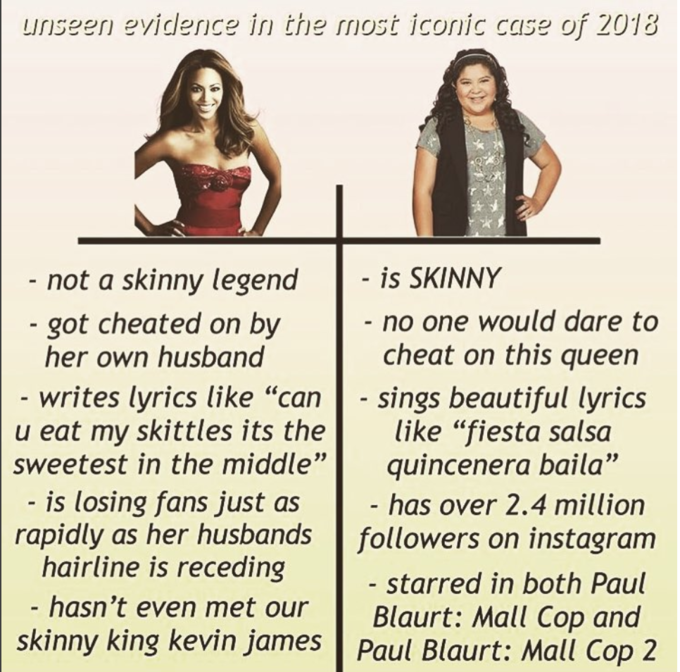 This drew a lot of attention, leading to huge spikes in both search interest and media buzz for the term during that month.

I stan a living iconic skinny legend
@lotzofgay, June, 2016
when will the skinny legend/using skinny as a compliment equating to perfect END already
@mandahorror, March, 2018
A skinny legend can be any weight, any size, any gender. The phrase is used as a term of endearment by stans who worship particular celebrities.
Taylor Lorenz, The Daily Beast, April, 2018
SEE MORE EXAMPLES

Skinny legend is mainly an expression of love and admiration for performers seen as underappreciated, often including Mariah Carey but also Trixie Mattel, Lady Gaga, Janet Jackson, and Christina Aguilera, to name a few.

Use of skinny legend usually comes in two flavors: earnest fan appreciation or ironic parodies of the meme and larger fandoms.

Beyoncé is still a skinny legend so we’re cooling over here pic.twitter.com/dUCIfozAKp

slenderman is a skinny legend

HAPPY BIRTHDAY SKINNY LEGEND. MARIAH CAREY IS SHAKING. i hope you have an incredible day filled with love and good people. @coltoneusterman xoxo 💕

…and, inevitably, for being thin-bodied, as some have used skinny legend for their weight-loss and body-image goals.

I finally started to lose some weight though. I just want to be a skinny Legend dammit. 😭😭😭

Skinny legend meme has come under criticism for promoting unhealthy beauty standards, eating disorders, and for equating success and perfection with physical skinniness. The slang is yet more problematic when users shorten skinny legend to just a skinny. Fans of the meme have countered, though, that skinny is really more a state of mind than a physical state, but it can be tough to figure out where that line is.

This is not meant to be a formal definition of skinny legend like most terms we define on Dictionary.com, but is rather an informal word summary that hopefully touches upon the key aspects of the meaning and usage of skinny legend that will help our users expand their word mastery.