What does skinny love mean?

The phrase skinny love has two separate meanings, both of which are linked to relationships. Skinny love can refer to two people who have very strong feelings for each other, but are too shy to show it. It can also refer to an existing relationship in which there’s no love or emotional fulfillment, but only a codependent need for affirmation.

Where does skinny love come from? 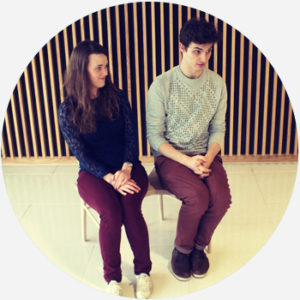 The expression skinny love was popularized by the Bon Iver track of the same name, which was self-released as a single and as part of the album For Emma, Forever Ago in 2007. It was written by Justin Vernon, who claims the song refers to past relationships that involved unhealthy behavior.

The expression later experienced a surge of popularity when British singer Birdy covered the song as her debut single in 2011. The acoustic-piano cover was well-received commercially and critically. The song was also featured on the hit show The X Factor, where it was sung by Bella Ferraro.

“No other song gives me the feels quite the way Skinny Love does.”
Athena Ritcheson @Thena_Faith Twitter (May 5, 2017)
“skinny love (.n) a type of relationship between 2 people that are very in love w each other but arto [sic] embarrassed to express their feelings.”
adore @louiesoul Twitter (May 7, 2017)
“Been in love with this Bon Iver song from the first listen. It’s about being “in a relationship because you need help, but that’s not necessarily why you should be in a relationship. And that’s why it’s skinny. It doesn’t have weight. Skinny love doesn’t have a chance because it’s not nourished,’ in the own words of artist Justin Vernon.”
Shai Lagarde, “Skinny Love,” Love Chic (July 20, 2013)
SEE MORE EXAMPLES

Skinny love is mainly used to refer to the title of the song, both the original Bon Iver version and Birdy’s cover. In other instances, it can be used to describe or comment on someone’s personal relationships. It can either be a harbored crush or attraction that hasn’t been revealed or a relationship that’s lost its emotional core.

The term skinny love is often used with fat love, generally by people who have heard the song and now wonder if the expression fat love also has some deeper meaning.

This is not meant to be a formal definition of skinny love like most terms we define on Dictionary.com, but is rather an informal word summary that hopefully touches upon the key aspects of the meaning and usage of skinny love that will help our users expand their word mastery.