Slizzard is a hip-hop slang word for “incredibly drunk or high.”

Where does slizzard come from? 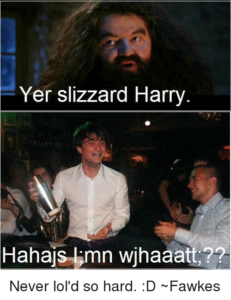 Slizzard begins as slang in the 1990s. According to slang lexicographer Jonathon Green, the word plays on slither (as if one is so high or drunk they can only crawl around) and the -iz infix, notably seen in Snoop Dogg’s catchphrase fo’ shizzle my nizzle. 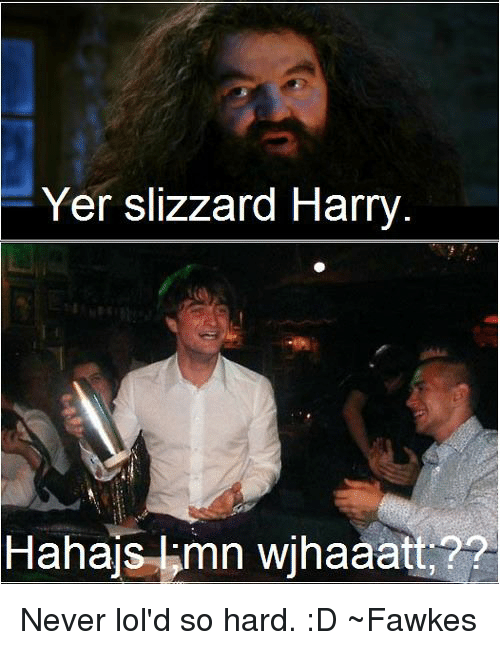 The term spread in hip-hop, used by Outkast in their 2000 song “So Fresh, So Clean”: “YKK on yo zippa lick you like a lizard / When I’m slizzard or sober 6 million ways to fold ya.”

The 2002 film Spy Kids 2 featured a slizzard, but this was a hybrid of a snake and, yep, lizard; we don’t suspect they were getting drunk … right?

Slizzard continued seeing wide use in hip-hop slang, eventually making its way to the 2010 hit by rappers Far East Movement in their song “Like a G6.” The high-flying party track set a high bar for a night out, as the artist DEV sings its hook:

Poppin’ bottles in the ice, like a blizzard
When we drink we do it right, gettin’ slizzard
Sippin’ sizzurp in my ride, like Three 6
Now I’m feelin’ so fly like a G6.

A rundown of their night: They’re opening cold bottles of alcohol and drink enough to become incredibly drunk and high. Sizzurp is ready wordplay for slizzard and is a preparation of cough syrup used as a recreational drug.

“Like a G6,” which reached #3 on the Billboard charts, helped popularize slizzard in the mainstream. In 2018, the TV show The Unbreakable Kimmy Schmidt featured a wedding DJ named DJ Slizzard, known for helping partygoers pop that bubbly.

I'm gonna get slizzard this weekend and then throw up all over this country
@SinowBeats, June, 2016
This advice was originally given by Far East Movement in its 2010 hit song “Like a G6,” but it still resonates with many today. Popping bottles in ice and gettin’ slizzard are perhaps the most important things you can do to cope with this blizzard. Alcohol keeps you warm, as does whatever “gettin’ slizzard” means, probably.
Colin Stokes, The New Yorker, 2015 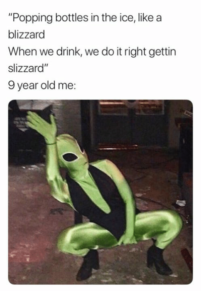 Whether listening to Outkast or Far East Movement, hip-hop fans have picked up slizzard as a colorful way to describe intoxication, whether on alcohol or drugs. It’s frequently seen in the phrase to get slizzard, or “wasted,” and tends to have a playful tone.

Highkey wanna get slizzard tonight in a classy fashion.

This is not meant to be a formal definition of slizzard like most terms we define on Dictionary.com, but is rather an informal word summary that hopefully touches upon the key aspects of the meaning and usage of slizzard that will help our users expand their word mastery.