What does sloppy toppy mean?

Sloppy toppy is slang for oral sex given to a man, typically involving a generous amount of saliva.

Content warning: the following article contains graphic and explicit references to sexual language, which are included because they document the real-world use of this slang term.

Where does sloppy toppy come from? 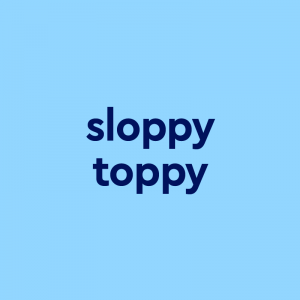 In 2014, rapper Travis Scott released a track called “Sloppy Toppy” featuring PeeWee Longway and hip-hop trio Migos. Lyrics include “sloppy toppy, bet that bitch has got it.” We’ll let you interpret it as you see fit.

I love sloppy toppy! Please choke and slobber all over my dick.
@QualOverQuan, November 19, 2018

This is not meant to be a formal definition of sloppy toppy like most terms we define on Dictionary.com, but is rather an informal word summary that hopefully touches upon the key aspects of the meaning and usage of sloppy toppy that will help our users expand their word mastery.