Smells Like Teen Spirit is an influential 1990s rock song by the band Nirvana. 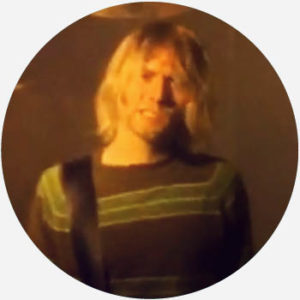 Smells Like Teen Spirit was a single from Nevermind, the 1991 album that catapulted Nirvana to fame. Supposedly, the name came from graffiti Kathleen Hanna of the band Bikini Kill once wrote on the wall of lead singer Kurt Cobain’s hotel room. She wrote “Kurt smells like Teen Spirit” in reference to a deodorant brand that Cobain’s girlfriend at the time wore. Cobain, who didn’t know what Teen Spirit was, was said to have interpreted it as a revolutionary catchphrase and named a song after it.

The composition Cobain and the rest of Nirvana created using the title was, according to Cobain himself, an attempt at “the ultimate pop song” and was influenced by The Pixies. Although it wasn’t expected to be particularly successful, the album Nevermind became triple platinum by February of 1992, with Smells Like Teen Spirit being a major contributor to its success. The popularity of the song, the album, and the band is sometimes considered the catalyst for bringing alternative rock, and especially the 1990s grunge genre, to the mainstream.

With its distinctive, distorted guitar riff, Smells Like Teen Spirit became Nirvana’s most popular song. It served as an anthem for many of Generation X, who, like Cobain, found themselves confused and uncertain about the world around them. The song’s nihilistic vibe (“Here we are now, entertain us / I feel stupid and contagious”) appealed to many in a youth culture perceived as apathetic and cynical by outsiders.

Rolling Stone would later vote it the 9th best song of all time. It remains extremely popular and well-known even by people who don’t know any other Nirvana songs.

“Which song will be the 'Stairway to heaven'/'Smells like teen spirit' of our generation that people will listen to for years to come?”
nasbartou Reddit (April 19, 2017)
“you're not grunge until you know every word to smells like teen spirit”
@djobrando Twitter (April 30, 2017)
“As of Tuesday, Lil Yachty’s ‘1 NIGHT’ music video has nearly 100 million YouTube views. It’s practically the ‘Smells Like Teen Spirit’ of meme rap.”
Bryan Brussee, “Summer Music Preview: Rappers and rock 'n' roll,” Indiana Daily Student (April 26, 2017)
SEE MORE EXAMPLES

Because of its cultural and musical impact, Smells like Teen Spirit is sometimes used as a benchmark for songs that express and shape the aesthetic and attitude of a generation or musical style.