What does spare time mean?

Spare time is free, personal, or leisure time outside of one’s work, school, or other primary obligations.

Where does spare time come from? 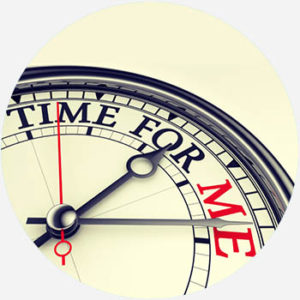 Evidence for the phrase spare time can be found since at least the 17th century, using spare literally to mean “extra or additional,” coming from the word’s original sense of “kept in reserve” in the 1400s. The concept of spare time, however, has a long history. Ancient Greek and Roman societies valued the concept of spare time, and many members of society would attend various forms of public entertainment, such as theater or gladiatorial contests.

In the 1500s, Protestantism came to emphasize work ethic over spare time, as many Christians feared leisure would jeopardize the fate of one’s soul after death. Into the 20th century, spare time was traditionally enjoyed by the wealthy, sometimes called the leisure class, who didn’t need to labor in fields—or factories, once the Industrial Revolution kicked off in the 18th century.

Thanks in part to the efforts of labor unions, changing technologies, the growth of the middle class, and compulsory education, the modern school schedule and workweek (Monday to Friday, 9am–5pm) took shape in the 20th century, spawning greater amounts of spare time for students and workers. The phrase spare time proliferated with spare time, becoming synonymous with “a person’s time outside of work and school,” with the implication that it’s free for one to do as they please. A 1939 documentary called Spare Time, for instance, examined the activities that industrial workers did in their spare time.

With the rise of the internet in the 2000s, more people began working from home or remotely (telecommuting ), helping to switch the traditional schedule to a more flexible one that offered more spare time, further aided by the increasing value placed on work-life balance. Many have since observed, however, that flexible schedules and web-based work have compelled people to continue working in their spare time.

Does Jim Comey Write YA Fiction Or Romance Novels In His Spare Time?
Joy Pullman, The Federalist (headline), April, 2018
If you’re interested, all you have to do is google “freelance writing” and do a little research. If you stick with it, that spare time might evolve into a full-time job.
Adam McDonald, WFSB, March, 2018
Do I watch Wrestlemania 3, Goals Galore 88-89, a Springsteen live concert, Jaws, The Shining, Swiss Family Robinson, Petes Dragon (the original), some Bowie, the Roxy Music or just catch up on sleep? #choices #sparetime
@mantropik, March, 2018
SEE MORE EXAMPLES

People widely use spare time in formal and informal speech and writing in reference to what they like to do outside of their education, profession, or principal responsibilities (i.e., in their spare time). Another popular context for spare time is making extra income outside of one’s day job, (e.g., stock-trading).

Spare time, along with the hashtag “#sparetime” on social media, is particularly associated with self-enriching hobbies, such as jewelry-making, woodworking, yoga, or language-learning. If a person is complimented on something they made or accomplished in their spare time, they frequently issue the humblebrag: “Just a little something I do in my spare time.”

The phrase is often heard in contexts where people ironically comment on their lack of spare time (e.g., And when will I do that? In my spare time?). “#sparetime” is sometimes used to this effect on social media.

This is not meant to be a formal definition of spare time like most terms we define on Dictionary.com, but is rather an informal word summary that hopefully touches upon the key aspects of the meaning and usage of spare time that will help our users expand their word mastery.