What does sugar rush mean?

A sugar rush is an experience of high energy after eating or drinking a considerable amount of sugar in a short period of time, often associated with hyperactive children.

Where does sugar rush come from? 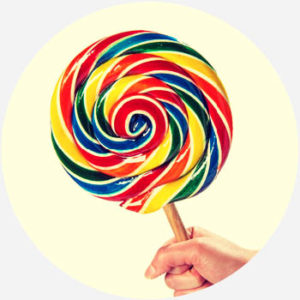 The original sugar rush, appearing in the late 1890s, was the sweet equivalent of a gold rush. As the population of the United States exploded in size and wealth, the demand for sugar skyrocketed with it, creating a sugar rush in which sugar was shipped in huge quantities from Central America and the Caribbean to refineries in North America. Sugar rush also made appearances in news articles during World War II to describe households “rushing” to get sugar when they could, as it was rationed during the war.

As more and more sugar made its way into the everyday diet after World War II, another, and now contemporary, meaning of sugar rush emerged: a short-lived surge (or rush) of jitteryness felt after eating or drinking something sweet. This meaning of sugar rush dates from at least the 1980s. Though there is widespread scientific skepticism around the actual biological effect of sugar on hyperactivity, belief in sugar rushes is widespread in the general public, especially when it comes to small children.

Sugar rush is such a common phrase that it is often used in composition titles. For example, in the 2012 animated Disney film Wreck-It Ralph, the character disappears into a candy-themed computer game named Sugar Rush. The phrase is also common in cookbook and cooking blog titles. Sugar Rush was also the title of a 2005 UK TV series that depicted a young women developing a crush on her best friend, named Sugar.

It is not uncommon to see sugar rush used metaphorically to describe a short-lived period of intense activity. For example, a market saturated with government bonds in an attempt to correct for recession might experience a sugar rush of economic activity before increasing interest rates slows the buying and selling of bonds.

...Why did we let them make such a stupid mess? How long before the sugar rush is over and people look around at the crayon in the wallpaper and the low opinions of the neighbours.
@A50Challenge, March, 2018
Few books of this decade have divided readers like Ernest Cline’s 2011 hit Ready Player One. A fan letter to ’80s pop culture, set in a world where icons from movies, games and TV became real, it was either a sugar-rush of childhood nostalgia or just a list of old things where a plot should be, depending on your view.
Olly Richards, NME, March, 2018
Mrs. Hanger, 61, wasn’t always a fudge aficionado, but she’s been a sort of creative entrepreneur since childhood...She grew up in Mesquite and used her off time to look for abandoned bottles to sell and make money....With the proceeds, she purchased candy and used the adrenaline from the sugar rush to go look for more bottles.
Jacque Hilburn-Simmons, Tyler Morning Telegraph, March, 2018
SEE MORE EXAMPLES

Sugar rush is most often used in contexts surrounding the diets of small children. The experience is also referred to as a sugar high and its subsequent comedown a sugar crash.

News articles will discuss unhealthy, overly sugary foods as inducing a sugar rush, while brands may colloquially tell people where to go if they’re looking for a sugar rush, a quick pick-me-up. Someone acting too frenetically or bizarrely can be described as acting like a child having a sugar rush.

This is not meant to be a formal definition of sugar rush like most terms we define on Dictionary.com, but is rather an informal word summary that hopefully touches upon the key aspects of the meaning and usage of sugar rush that will help our users expand their word mastery.