What does surrender cobra mean?

Found at sporting events, surrender cobra is a hands-atop-head pose made by fans when the their team’s loss seems all but inevitable.

Where does surrender cobra come from?

Surrender cobra was popularized in 2015 with a viral photo of University of Michigan state football fan Chris Baldwin assuming a pose that many have likened to the face of the snake the cobra—hands crossed atop the head with the elbows jutting out, face long with shock or disbelief.

Baldwin struck the surrender cobra position after the opposing team’s Jalen Watts-Jackson made a play that spelled defeat for the Wolverines, a loss that shocked many in the football community.

In 2018, a photo of Ohio State University football coach Urban Meyer making the surrender cobra on the sidelines went viral. Many remarked that when a coach puts on a surrender cobra, you know the game is truly over.

You know your screwed when your coach gives the Surrender Cobra pic.twitter.com/Uz6QABwVST

You know your screwed when your coach gives the Surrender Cobra
@KWhopper79, October 2018
I’m a big, big fan of the surrender cobra when it comes from the fans of the team you’re facing
@23Personnel, October 11 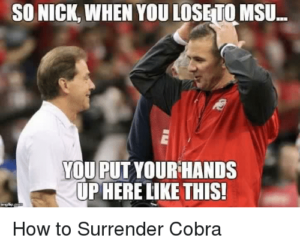 Surrender cobra is less said and more done. The pose is usually made by fans of the home team after the opposing team has made an unexpected and decisive play that has all but sealed the win. 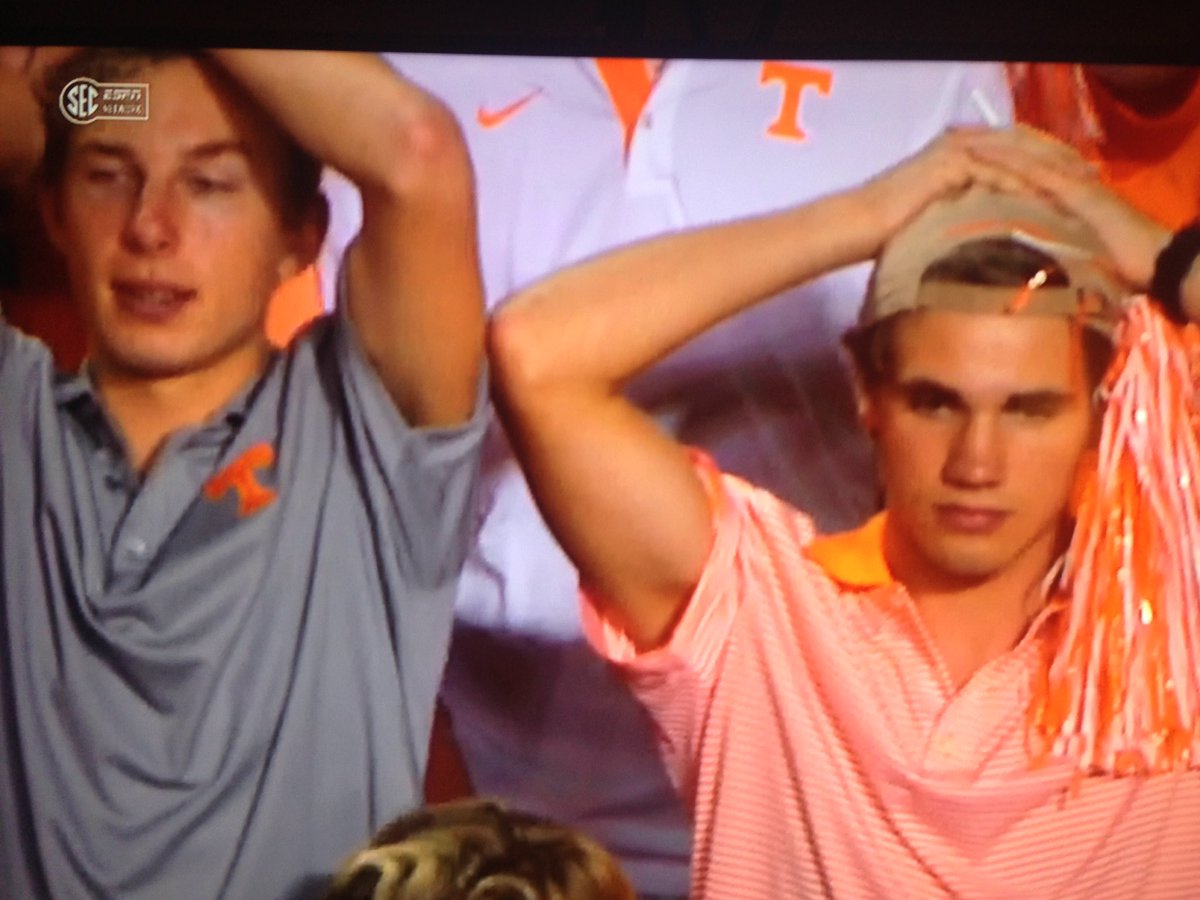 When found on social media, the term is typically used in reference to the actual pose.

The late TCU turnover resulted in a #SurrenderStarfish from the QB and #SurrenderCobra in the stands pic.twitter.com/kw3BufTATs

This is not meant to be a formal definition of surrender cobra like most terms we define on Dictionary.com, but is rather an informal word summary that hopefully touches upon the key aspects of the meaning and usage of surrender cobra that will help our users expand their word mastery.