Previous Word take for granted
Next Word tango down

What does take lines or take a line mean?

Where does take lines come from? 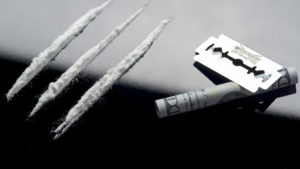 The drug sense of taking or doing lines dates back to the 1990s. Line refers to a line of drugs like cocaine, sniffed off a surface. Hip-hop artist Isaiah Rashad, for instance, rapped in his 2016 “Stuck in the Mud”: “I was goin’ too hard, I was sexting and shit / Take a line baby, spend your mind baby.” And on his 2018 track “I Love It” with Kanye West, Lil Pump celebrates a woman for her down-to-party-ness: “Me and Smokepurpp sippin’ drank (Purpp!) / Ooh, fuck, she take lines (Lines).”

The plagiarism sense of taking lines can be found in the mid-1800s, when an early instance was made in defense of a writer at the time, claiming he did not take lines (of poetry, later song lyrics) directly from some of the greats but drew inspiration from his own life. Unfortunately, that cannot be said for many others.

I just noticed how much rappers take lines from country music 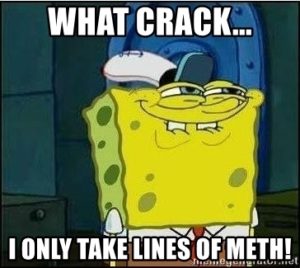 Meme Generator
Good friends don’t encourage each other to take lines of cocaine. JUST SAYIN ☕ #InsideSources
@DaBlueLion, December 2018
The way screenwriters would take lines from her poems and incorporate that into speech as if that was the speech of the moment, and then really hit it, really punched it. It was as if Emily Dickinson went throughout her life declaiming all the time and I thought that was phony.
James Ivory quoted by Joshua Encinias, The Film Stage, November 2018
SEE MORE EXAMPLES

Although take lines usually refers to snorting cocaine, it can be used of other drugs, such as methamphetamine. People may talk about taking lines in a variety of unusual ways, such as with rolled up cash or off people’s bodies.

You only take lines with a 100$ bill tho

Taking lines, uncredited, from someone else’s work is never a good thing, whether it’s due to laziness or sleaziness. However, if a film adaptation, say, takes lines from an original story, it may be seen as staying true to the work.

i love when movies take lines exactly word for word from the book. it makes the scene just that much more meaningful. pic.twitter.com/LSRrCqlEO2

This is not meant to be a formal definition of take lines like most terms we define on Dictionary.com, but is rather an informal word summary that hopefully touches upon the key aspects of the meaning and usage of take lines that will help our users expand their word mastery.

Previous Word take for granted
Next Word tango down