Feedback
the Before Times
the clap

What does The Chronic mean?

The Chronic is a widely influential hip-hop album that was released by rapper and producer Dr. Dre in 1992.

The term chronic is also used as slang for highly-potent marijuana.

Where does The Chronic come from? 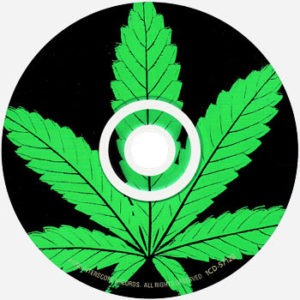 Following a successful stint with hip-hop group N.W.A, Dr. Dre released his first solo album in late 1992. It was titled The Chronic, a reference to marijuana. The album’s artwork is a nod to Zig-Zag rolling papers, a brand well-known for its association with cannabis use. According to rapper Snoop Dogg, who made frequent appearances on the album, chronic was initially a misunderstanding of the word hydroponic. In cannabis cultivation, hydroponic refers to the process of growing marijuana using irrigation systems.

Snoop Dogg and Dr. Dre developed the malapropism chronic after smoking hydroponic marijuana for the first time. As Snoop described it to actor Seth Rogen on his GGN internet show: “White boy came; he had some shit called hydroponic. But, we got so motherfcukkin’ high, niggaas said, ‘hydrochronic.’ And that’s when we started calling it chronic.'” Chronic as a slang term for very strong marijuana does originate around this time, with Green’s Dictionary of Slang first citing lyrics from Dr. Dre’s “Deeez Nuuuts” from his The Chronic album: “It’s back on the track / With big money, big nuts, and a big fat chronic sack.”

It’s worth, noting, though that chronic has been slang for a “habitual drug user” since the late 1940s, viz. a chronic user. While we hesitate to doubt Snoop Dogg, chronic as cannabis slang may have originally described extremely potent marijuana based on the medical sense of the word as “severe” or “extreme.”

Examples of The Chronic

Who uses The Chronic?

Regardless of its particular origins, Dr. Dre’s album title and use of chronic on it popularized the term among hip-hop artists and fans, and then onto youth and cannabis culture more generally. In 1999, Dr. Dre released a follow up album called 2001, commonly referred to as The Chronic 2001. The term chronic is referenced throughout his body of work. Several prominent hip-hop artists have also used the term chronic in their music, including The Notorious B.I.G., Ice Cube, Chance the Rapper, and Earl Sweatshirt.

Among cannabis consumers, chronic can be used as slang for marijuana itself, but many users reserve the term for particularly potent strains of the plant (e.g., smoke some chronic or smoke the chronic). Such marijuana is frequently referred to as that chronic (smoking some of that chronic), the demonstrative pronoun serving to intensify the perceived quality of the drug. Chronic is sometimes playfully referred to as chron-don, formed by the process of rhyming reduplication (cf. super-duper).

Chronic has since broadened outside of hip-hop slang to more mainstream youth slang as a term for “excellent” or “an excellent thing,” perhaps on the notion of having the effect of chronic marijuana or on the model of dope (slang for “marijuana” and “cool”).

This is not meant to be a formal definition of The Chronic like most terms we define on Dictionary.com, but is rather an informal word summary that hopefully touches upon the key aspects of the meaning and usage of The Chronic that will help our users expand their word mastery.

the Before Times
the clap
Home / Words / Slang / The Chronic