Feedback
the dress
the girl next door

or You just lost The Game

What does The Game mean?

The Game is a psychological game that involves not thinking about the existence of The Game. When someone thinks about The Game, they lose.

Where does The Game come from? 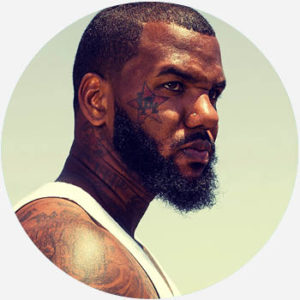 The absolute origins of The Game are unknown, though there’s a healthy amount of speculation about the source. While there’s no consensus on the beginnings of The Game itself, it has some interesting precursors. The earliest known proto-game is mentioned by Russian writer Leo Tolstoy. He once detailed a game he played with his brother where they would stand in a corner and try not to think of a white bear. Obviously, this was quite difficult and they didn’t have a high success rate. Writers in the decades after him would go on to mention the same game, sometimes with variants. One of these involved a pink elephant.

Some point after that, it’s possible that the Finchley Central part was lost, giving birth to the modern incarnation of The Game. The first known description of The Game was published online in 2002 by Paul Taylor. The official rules are as follows: 1. Everyone is always playing The Game and nobody can stop playing. 2. If someone thinks about The Game, they lose. 3. If someone loses the game, they must announce their loss.

Examples of The Game

Who uses The Game?

Since the Game can never be won, the fun lies in making others lose. Causing someone to lose The Game has a kamikaze-like effect. The original person loses, but they take someone else down with them. This often involves the admission of I just lost The Game. As soon as the other person hears about The Game, they automatically think of it, meaning they lose, too. Seeing the other person’s frustration is a great part of what makes losing The Game somewhat enjoyable. This means you’ll often see or hear of The Game in the sentence you just lost The Game. The phrase The Game and you just lost The Game appear across the web and in real life as a way to prank onlookers.

This is not meant to be a formal definition of The Game like most terms we define on Dictionary.com, but is rather an informal word summary that hopefully touches upon the key aspects of the meaning and usage of The Game that will help our users expand their word mastery.

the dress
the girl next door
Home / Words / Slang / The Game