Feedback
we want all the smok...
weeb

What does weeaboo mean?

Weeaboo is a mostly derogatory slang term for a Western person who is obsessed with Japanese culture, especially anime, often regarding it as superior to all other cultures.

Where does weeaboo come from? 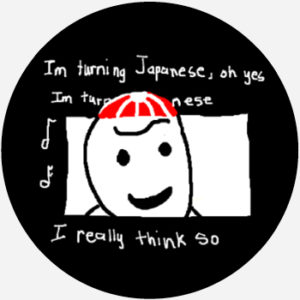 According to Know Your Meme, Wapanese peaked in 2005, prompting 4chan moderators to apply a special filter replacing all instances of Wapanese with, arbitrarily, weeaboo.

The term weeaboo was coined as a nonsense word without any particular meaning in the comic The Perry Bible Fellowship. Thanks to the word filter, weeaboo took on its current meaning in 2005 and has spread outward from 4chan to other websites.

“When I was 14-18 I went through a massive weeaboo phase where I watched anime non-stop.”
weeaboo-stories Tumblr (April 6, 2012)
“All my favorite anime is coming to life lately. I'll make room for y'all on the weeaboo bandwagon.”
Alexander Iaccarino Facebook (March 22, 2017)
“Sometimes it's hard not to say 'arigato' instead of thank you to people who don't know what it means bc you know weeaboo girlz”
Leslie @lesliesuarez21 Twitter (March 27, 2017)
SEE MORE EXAMPLES

Weeaboo, often shortened to weeb, is especially used in anime and manga communities to stereotype fans who show a set of extreme and obnoxious characteristics. In addition to consuming Japanese comics, cartoons, and video games, weeaboos might sprinkle their speech with Japanese words, often using them incorrectly. Weeaboos idolize Japanese food and people, and culture, though their knowledge of Japanese society itself may actually be shallow and superficial. They also may consider all other cultures, not least their own, less interesting or worthwhile, and wish they were Japanese.

Weeaboo has mostly been, since its origins, a derisive word, in spite of the fact that it began as a replacement for another term of censure, Wapanese. Some regard weeaboos as embarrassing. Others also regard being a weeaboo as a form of cultural appropriation or fetishization, reducing a whole people to a few aspects of its popular culture. Despite these negative perceptions, some people have reclaimed weeaboo as a positive label, self-identifying, sometimes in a self-deprecating way, as a weeaboo. Other people may embrace weeaboo without realizing its negative connotations.

Another similar term is otaku. Otaku is a Japanese word that means roughly the same thing as English geek, though otaku in Japanese can be more negative than geek. It refers to someone with an obsessive interest in some hobby, activity, or subculture. By contrast, among many American users at least, otaku refers to a passionate fan of anime and manga exclusively. Otaku is less pejorative than its meaning in Japanese and is sometimes used interchangeably with weeaboo.

This is not meant to be a formal definition of weeaboo like most terms we define on Dictionary.com, but is rather an informal word summary that hopefully touches upon the key aspects of the meaning and usage of weeaboo that will help our users expand their word mastery.