What does yee mean?

Yee is the sound that a character from the movie Dinosaur Adventure makes. It’s also the name of a meme. The meme generally involves taking existing media and adding sound clips from two characters from the movie, named Peek and Oro. Either a whole song is replaced by manipulated versions of the sound clips, or non-altered sound clips are intermittently peppered throughout popular songs.

Where does yee come from? 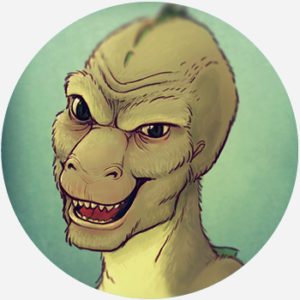 Yee comes from the Italian language version of the animated movie Dinosaur Adventure (also called The Little Dinosaur) by Dingo Pictures. Dinosaur Adventure clearly draws inspiration from the hit film The Land Before Time, which was released in 1988 and has spawned a prolific film franchise.

The film was included on the 2000 PlayStation 2 release Dinosaur Adventure and on the original PlayStation as Dinosaurs. The movie features low-quality animation, haphazard lipsyncing, a nonsensical plot, and strange, awkward dialogue. Some dialogue was so awkward, that it became a meme. The most prominent is yee. Yee comes from a scene in the movie where the characters are about to find the main character’s family. This comes after a volcanic eruption that has separated them from each other. The main character, Tio, expresses his concern that he may have been replaced, while a quadruped dinosaur, named Peek, mocks him. Another character, Oro, awkwardly responds to this with an utterance that sounds a lot like yee before properly responding to the comment and chastising Peek.

Before the meme really took off, this exchange was freely available on Celyciah’s YouTube channel in a 1:53 long clip called “Dinosauri antropomorfi dalle voci ambigue.” This clip came from the Italian language version of the movie. The meme gained more popularity with the upload of a YouTube video by revergo, where Peek sings a wordless song composed exclusively from sounds from the movie. Once he’s done, Oro replies only with yee, with an awkward look on his face. Peek responds with a disappointed face.

As a meme, the actual yee sound clip appears in YouTube videos. It’s edited into popular songs, replacing words that rhyme with yee, most notably me. For example, one yee video features the Toy Story song, “You’ve Got A Friend In Me,” but instead of me or other words that end in this same vowel sound, the original yee audio clip plays. On these parodies, the word yee usually appears in the title. This particular video is called “You’ve Got A Friend in Yee.”

In some videos yee replaces random other words in song lyrics, not necessarily ones that rhyme with it. Sometimes, Peek’s sounds from the original clip play as well. In other videos, creators take the original sound clips from the movie, change their pitches, and put the sounds to the rhythm of a song they’re trying to imitate. For example, one video is the characters’ voices being used to re-create the Ghostbusters theme song.

In any of these videos, both characters’ faces are usually photoshopped onto other characters in the source video. Their faces may also be photoshopped onto musical and non-musical videos in serious situations for humorous effect. For example, in one video, Oro’s face is superimposed on another dinosaur’s face during a climactic moment in Jurassic Park.

This doesn’t just apply to videos. Oro and Peek sometimes also appear with their faces photoshopped onto other characters in still images. This tends to happen (like in some videos) where the yee replaces something that rhymes with it.

This is not meant to be a formal definition of yee like most terms we define on Dictionary.com, but is rather an informal word summary that hopefully touches upon the key aspects of the meaning and usage of yee that will help our users expand their word mastery.