What does amyl nitrate mean?

Amyl nitrate is a chemical compound used as a diesel additive. It is often confused with amyl nitrite, a substance used to treat certain heart conditions and abused as a recreational drug commonly known as poppers.

Where does amyl nitrate come from? 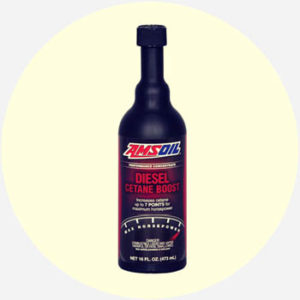 Documented in scientific literature in the 1850s, amyl nitrate is a water-like compound that speeds up organic chemical reactions, often added to diesel fuel to accelerate ignition.  Amyl nitrite, meanwhile, was synthesized in 1844 by French chemist Antoine Balard, best known for his co-discovery of bromine. English physicians applied the chemical to the treatment of heart conditions and angina.

Because it relaxes blood vessels and increases oxygen supply to the brain, amyl nitrite results in head rushes, increased sensuality, and other elements of intoxication. It was notably abused as a recreational drug—huffed and known by the slang name of poppers—in the 1970s. Poppers were particularly popular among the young gay male population and briefly suspected of causing AIDS.

The fuel additive amyl nitrate is not consumed recreationally and can result in serious harm if inhaled. An amyl nitrite overdose, as it happens, mirrors the symptoms of ingesting amyl nitrate: sickness, bruising, and even heart failure.

Amyl nitrate might improve his ignition if he were a diesel, @benrileysmith. But I think you mean amyl nitrIte here.
@chbid, January, 2016
...I would like to know if amyl nitrate or any other ignition booster for diesels is available.
avijit17basu, RC India (forum), May, 2011
Poppers are a yellowish or clear liquid with a very low vapour point...Amyl nitrite should not be confused with amyl nitrate. Amyl nitrate is used as an additive in diesel fuel to accelerate the ignition of the fuel.
Julaine Allan, The Conversation, September, 2016
SEE MORE EXAMPLES

Amyl nitrate is mainly used in technical contexts by scientists and mechanics, who are familiar with the substance as a fuel additive.

Amyl nitrite is generally used by a physician or pharmacist handling it as a medicine. Recreational users of the drug call the substance by a number of slang names, including thrust, rock hard, kix, TNT, liquid gold, and poppers.

As amyl nitrate and amyl nitrite are very close in spelling, they are easily and often confused. Be mindful of their differences when using the terms.

This is not meant to be a formal definition of amyl nitrate like most terms we define on Dictionary.com, but is rather an informal word summary that hopefully touches upon the key aspects of the meaning and usage of amyl nitrate that will help our users expand their word mastery.