What does blobfish mean?

A blobfish is a fish species that takes on a bizarre-looking swollen and scowling appearance when taken out of the water. Images of the blobfish have become a popular internet meme and cultural reference. 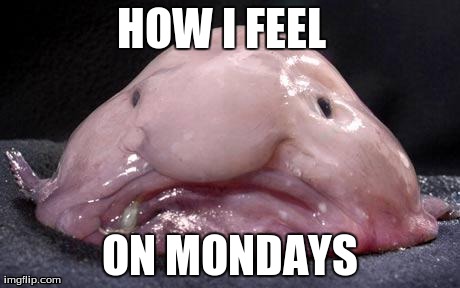 Where does blobfish come from? 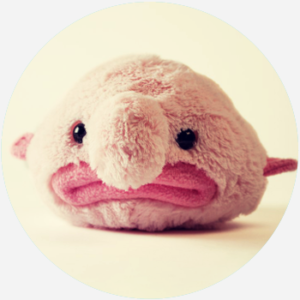 Psychrolutes marcidus, better known as the blobfish, is a type of deep-sea fish discovered along with over 100 other species in a 2003 expedition off New Zealand. Ecologist Kerryn Parkinson snapped a photo of a particularly bizarre-looking pink fish among their discovery. Its body appears both gooey and puffy and with a cartoonish-seeming human face that looks like it has as bulbous nose and frowning mouth. Parkinson nicknamed it Mr. Blobby after a character it reminded her of from a British children’s TV show.

It is unclear who dubbed it blobfish, but the organism came to greater public notice in 2010 when it was featured on the popular Australian TV show The Gruen Transfer, where it was referred to as such. Following its TV debut, Parkinson’s blobfish photograph circulated on social media and became a popular meme. Google Trend data shows that the blobfish spiked in fall 2013 when mainstream news outlets reported that the blobfish was crowned “World’s Ugliest Animal,” a competition run by the Ugly Animal Preservation Society.

In the late 2010s, some scientists and science writers have taken pains to note that the blobfish doesn’t actually look as ugly as its infamous Parkinson picture makes it out. When it’s underwater, the blobfish looks like a regular fish, its inflated appearance is the result of bodily decompression it experiences when removed from its native, deep-sea habitat.

During the 2016 presidential campaign, some critics ridiculed Texas Senator Ted Cruz by likening him to a blobfish, so much so that blobfish remains a mocking name for the politician in political corners of the internet. While the Cruz-blobfish comparison actually dates back to 2013, it wasn’t popularized until late 2015, when the New York Daily News ran images comparing the two. In 2016–17, the blobfish notably appeared as a punchline on Saturday Night Live and as a gag in the 2018 season of The X-Files, among other instances in popular merchandise and media.

Don't let the blobfish's permanent, miserable scowl fool you: it's actually a pretty harmless creature.
Danny Clemens, Discovery, June, 2015
Are we sure @tedcruz isn't some kind of human/blobfish hybrid? He obviously has zero spine...
@EricRobinson00, April, 2018
Further evidence that #spiritanimals are not determined impartially: no one ever claims blobfish or earthworms... #earthday
@environmentao, April, 2018
SEE MORE EXAMPLES

The blobfish is popularly referenced in online humor due to its unusual appearance. Many memes have used the blobfish‘s image, including Blobo, a cartoon depiction of the blobfish that became popular on 4chan in 2016.

The animal often pops up on lists of the strangest and most bizarre animals and, in casual speech and writing, is sometimes used to make someone feel better about their appearance (e.g., Hey, at least you don’t look like a blobfish!).

This is not meant to be a formal definition of blobfish like most terms we define on Dictionary.com, but is rather an informal word summary that hopefully touches upon the key aspects of the meaning and usage of blobfish that will help our users expand their word mastery.