What does blockchain mean?

A blockchain is a type of decentralized database system based on linking together previous records in secure blocks of information.

Where does blockchain come from? 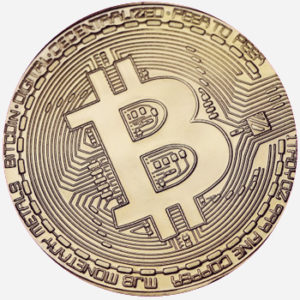 A blockchain records all actions in a database by grouping them into “blocks,” each one secured, unable to be altered, and timestamped. Each block is linked to the previous block in chronological order and contains all its data, forming a “chain.” Once the newest block is completed, it joins the blockchain. A blockchain is not stationed on one master computer, but instead distributed over numerous computers, thus creating a permanent, shared registry that’s very hard to tamper with.

Blockchains were an innovation created for the encrypted digital currency Bitcoin, and record all Bitcoin transactions from the beginning until today in a blockchain. The designer of the first blockchain database was Satoshi Nakamoto, a pseudonym for the unknown creator of Bitcoin. Back in Nakamoto’s original 2008 paper detailing his creation, he does use the terms “block” and “chain,” but never paired together. He soon combined the terms to form the term “block chain” as a name for his technology.

By 2015, the one-word compound blockchain emerged in mainstream media publications such as Fortune, Forbes, and the Huffington Post as the technology gained greater familiarity, interest, and use.

In recent years, blockchain technology has expanded far beyond Bitcoin. In 2016, the country of Sweden decided to trial a new land registry system using blockchain technology to replace its old paper system. Some experts think the secure and transparent nature of blockchains, which maintain a record visible to all users, including one’s fully public ones, has the potential to transform processes ranging from stock trading and contracts to voting and digital identity management.

“They are planning to use the digital cash to settle financial trades using blockchain, avoiding clearing houses and settlement intermediaries.”
Ivana Kottasova, “Inside the big banks' plan for new digital cash,” CNN (August 24, 2016)
“Right now, players both inside and outside the financial establishment are anxious to figure out how best to leverage the blockchain.”
Shanika Gunaratna, “Inside the tech that could "change the face of modern finance",” CBS News (May 9, 2016)
“Blockchain crowdfunding might just be the next step in startup evolution, helping important and interesting projects come to fruition.”
Ameer Rosic, “Crowdfunding & Blockchain: A Perfect Match?” The Huffington Post (January 28, 2017)
SEE MORE EXAMPLES

This is not meant to be a formal definition of blockchain like most terms we define on Dictionary.com, but is rather an informal word summary that hopefully touches upon the key aspects of the meaning and usage of blockchain that will help our users expand their word mastery.