What does chemical castration mean?

Chemical castration is the practice of suppressing sexual desire, usually in men who are convicted sex offenders, by means of an injection.

Where does chemical castration come from? 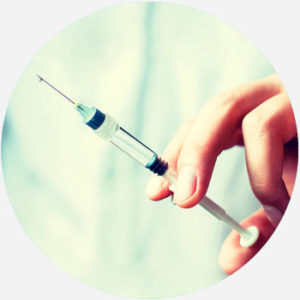 Outside of historic practices, surgical castration—chemical castration‘s precursor in controlling sex hormones, involving the physical removal of the testicles—was sometimes used in the early 20th-century eugenics movement to sterilize people who scientists thought had undesirable traits for society. Chemical castration, appearing as a term and practice in 1944, emerges as a departure from these infamous efforts.

That year, some experimental scientists in the US administered to men with sexual pathology the progesterone-based compound, diethylstilbestrol, to lower their testosterone output. The theory goes that stopping testosterone production will lower the man’s sex drive, thereby limiting further compulsive sex acts.

Diethylstilbestrol was just the first of many such drugs, as by the 1960s, others, notably including medroxyprogesterone acetate (MPA), were being used to treat sex offenders and others displaying sexually-deviant behavior, like exhibitionists. MPA remained one of the major drugs in chemical castration, joined by others in later years as the science progressed.

Since its initial success and spread, chemical castration has been adopted around the world as a way to rehabilitate or control sex offenders who suffer from pathological sexual disorders. In 1996, California was the the first US state to legalize chemical castration. Once legalized, it was used for sex offenders who were getting released from prison. In the years following, a little more than half a dozen other states, including Florida and Texas, legalized chemical castration in some capacity, as did a handful of countries, such as Argentina, Denmark, Russia, and South Korea.

While many supporters maintain that chemical castration is ultimately more humane than imprisonment, the practice remains controversial. In the 1980s–90s, critics, including the American Civil Liberties Union, have variously argued that chemical castration violates Fourteenth Amendment rights to privacy and Eighth Amendment protections from cruel and unusual punishment. Other legal concerns include the lack of informed consent in some cases and the infringement of the bodily autonomy of the offender. Medically, problems include side effects of hot flashes, weight gain, the growth of breast tissue, and the questionable reversibility and efficacy of the practice.

Chemical castration is important, however, in other applications, such as treating prostate cancer, where continued testosterone production can promote tumor growth.

Chemical castration is usually discussed in the context of criminal justice policies regarding sex offenders, particularly pedophiles, who may receive it as either a voluntary, rehabilitative measure or as a punishment, depending on where they are incarcerated.