What is a frontliner?

A frontliner is a frontline worker, especially in healthcare and other essential, often public-facing jobs.

Find out which word stood out among the rest as our 2020 Word of the Year.

Where does frontliner come from? 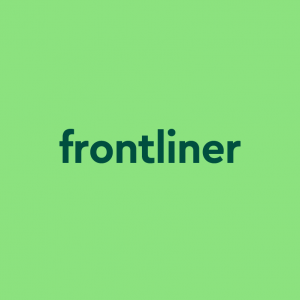 The word frontliner is based on frontline worker, which has been recorded since the late 1950s. A frontline worker works on the frontline of a business or organization, performing its public-facing work.

Frontliner was used in the late 1800s to refer to soldiers fighting on the frontline of combat, experiencing the most immediate, intense action with the enemy. The term was metaphorically extended to people positioned at other forefronts of an enterprise—that is, at the most important or prominent position.

Frontliner saw use in business contexts as early as the 1980s and became more popular in the 1990s. It was used in the same way as frontline worker, especially to refer to employees in customer service who had direct contact with clients. Frontliner became especially used in Southeast Asia, such as in the Philippines:

thank you frontliners for your sacrifices this time of pandemic and typhoon.

The outbreak of COVID-19 led to greater use of frontliner in the US. The word has become especially used to refer to people on the frontlines of the public health crisis, involved in various roles of caring for people who have or may have been exposed to the virus. This group includes such workers as doctors, nurses, paramedics, and personal care aides.

During the pandemic, frontliner also spread as a term for workers on the frontlines of grocery stores, pharmacies, banks, transportation, utilities, and other essential roles for society to keep running. The public-facing nature puts them at increased exposure to COVID-19. Wildfire fighters and other climate emergency responders have also become increasingly called frontliners in 2020.

There has been some debate over who technically qualifies as frontliner as governments work to pass legislation and programs assisting them. Generally, the term frontliner (or frontline worker) is used to refer to anyone who provides an essential service and can’t perform their job from home.

Newly recovered patients went home today after getting negative test results and clearances from CESU. Thank you to our #frontliners for making sure that our patients win their battle against #COVID19.
@valenzuelacity, July 18, 2020
COVID-19 frontliners honored as modern-day warriors on National Heroes’ Day
Staff, CNN Philippines, August 31, 2020

Since the COVID-19 pandemic in 2020, frontliner has been commonly used to refer to public health frontliners and other essential workers, from teachers to police officers to bus drivers to grocery store stockers. The term is often used as a point of pride and gratitude, in the context of the risks and sacrifices they make for society, and in discussions of the protections they get from government. Frontliner remains especially common in Southeast Asia.

Thank you to all the grocery store workers and frontliners who keep our communities going strong. Send pics of a frontliner you'd like to thank to https://t.co/3MR5G3KpCh pic.twitter.com/xmov5W2Gh4

I am a medical frontliner in the morning and a masteral student at night. I'm a beast 👹

This is not meant to be a formal definition of frontliner like most terms we define on Dictionary.com, but is rather an informal word summary that hopefully touches upon the key aspects of the meaning and usage of frontliner that will help our users expand their word mastery.