What does iWatch mean?

When people use iWatch, they mean Apple Watch, the official name of Apple’s smartwatch.

Where does iWatch come from? 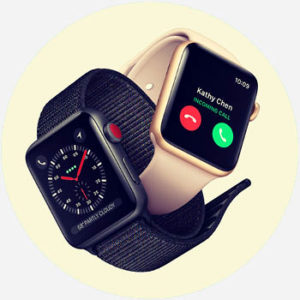 The Apple Watch is a type of wearable technology that connects to the user’s iPhone, enabling them to do such things as receive text messages and phone calls, browse the internet, listen to music, and monitor all sorts of health and fitness data (with promising potentials for helping heart disease, epilepsy, and other ailments). Oh, it can also tell time. 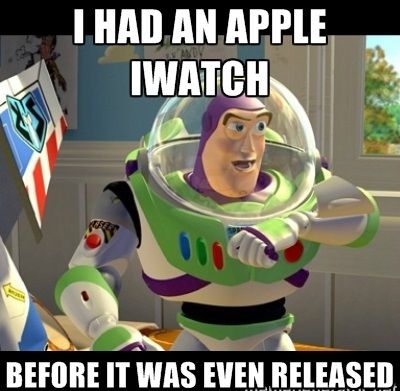 Apple’s trademark naming system usually prefixes i (originally short for internet) to its product: iMac, iPod, iPhone, and iPad. Apple couldn’t name its watch iWatch, however, due to copyright law. Several other companies, including the now-defunct OMG Electronics and a Dublin-based group called Probendi, filed legal claims to the iWatch trademark prior to Apple’s release of the Apple Watch. Additionally, after the death of Apple founder Steve Jobs, his successor, Tim Cook, made a point to move away from the i-based branding.

Although the name of the device is the Apple Watch, many people still refer to it as an iWatch, such is the success of Apple’s brand.

I think there are going to be issues with the Apple Watch’s new “walkie talkie” feature…If you don’t hear that chirp noise you could be shouted at for not putting the bins out whilst you’re in a meeting! #Apple #iWatch

However, some like to issue reminders that the device isn’t actually called the iWatch.

Google iWatch. If you get zero results you win. https://t.co/4bQfm29GMV

Because of its high price tag, limited functionality to a smartphone, and associations with consumer bandwagoning, the Apple Watch can be a divisive product. Others hail the product.

My Apple Watch has turned me from a teenage girl, never answering texts, barely answering phone calls, into SUPER MOM knowing everyone’s location, only using my index finger to type and answering everything with “LOL” and “Sounds like fun!” in a matter of 24 hours

The iWatch also comes up online in commerical or promotional materials as well as in considerations of how wearable technologies are changing people’s lives.

Do you have an iWatch? Or a Fitbit? Do you love your wearable? Do you want more from your activity, like rewards you can actually use? Then you have to join us Thursday at 6:00pm CT! Link coming soon, mark your calendars… 6/14 6:00pm#health #wearables #technology pic.twitter.com/DOjVaN4RC1

This is not meant to be a formal definition of iWatch like most terms we define on Dictionary.com, but is rather an informal word summary that hopefully touches upon the key aspects of the meaning and usage of iWatch that will help our users expand their word mastery.