What does Lexapro mean?

Lexapro is a brand name for escitalopram, a medication used to treat depression and anxiety.

Where does Lexapro come from? 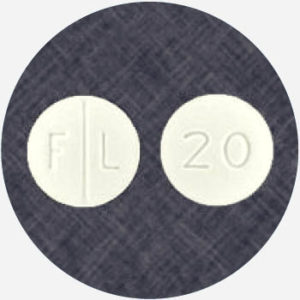 Lexapro was first developed by the pharmaceutical companies H. Lundbeck A/S and Forest Laboratories Inc. in 1997. Lundbeck announced results for a clinical trial in its 2000 Annual Report, referring to the medication by its European name Cipralex. Lexapro was patented in the United States in 2001 and approved by the FDA the following year.

Lexapro drew interest in the press in 2003, when Time described its use by a teenager with generalized anxiety, in an article about the use of psychiatric medication in adolescents. In the late 2000s, Forest Laboratories faced dozens of lawsuits over claims that Lexapro lead to suicides and birth defects.

In 2006, the FDA approved another escitalopram drug, which WebMD described at the time as a “generic version of Lexapro.” The article also noted that Teva, the developer of the new version, was bringing patent litigation. When the court upheld the patent, Reuters and Law360 both covered the outcome.

The United States Justice Department pressed charges against Forest Laboratories for fraud in 2009, claiming that the company hid a study showing Lexapro was ineffective in adolescents. These charges were notably covered by the New York Times. Legal outlets like the National Law Journal reported on the case until Forest Laboratories won the case in 2018.

When Forest Laboratories’ patent on Lexapro expired in 2013,  it was covered not only in the medical press, but also by business news outlets.

@cybrcriminal, April, 2018
Amanda Seyfried got real about taking medication for her anxiety in a 2016 Allure interview...“I’m on Lexapro, and I’ll never get off of it,” the Twin Peaks actress revealed.
Jessica Ariel Wendroff, Teen Vogue, August, 2017
SEE MORE EXAMPLES

Lexapro is familiar to doctors and psychiatrists. People who take Lexapro may discuss their experiences with the drug on forums dedicated to the medication or mental-health matters. They may also discuss Lexapro on more general websites, such as Twitter. Discussion can include reference to both the benefits of the drug as well as the side effects, which can include drowsiness, insomnia, and sexual problems, among others.

While it should be used as prescribed, Lexapro is not considered a highly-addictive drug, nor is it associated with illicit use and abuse.

This is not meant to be a formal definition of Lexapro like most terms we define on Dictionary.com, but is rather an informal word summary that hopefully touches upon the key aspects of the meaning and usage of Lexapro that will help our users expand their word mastery.