What does Mach 1 mean?

A Mach number is the ratio of an object’s speed in a given medium to the speed of sound in that medium. Mach 1, then, is the speed of sound, around 761 mph at sea level on a standard day. The term is also used as a metaphor for high speeds more generally.

Where does Mach 1 come from? 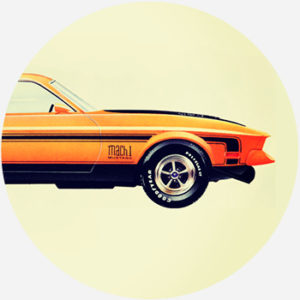 The use and name of Mach numbers was proposed by Swiss engineer Jakob Ackeret in a 1929 lecture in Zurich. Ackeret named the number after the physicist Ernst Mach, who conducted an experiment photographing an object moving faster than the speed of sound in 1887. The name was quickly adopted by the broader scientific community.

The first manned flight to achieve Mach 1 was piloted by Chuck Yeager in 1947. Since then, unmanned jets have cracked Mach 9 and manned vehicles, Mach 3.

Scientist and author Isaac Asimov popularly described the concept of Mach numbers for lay readers in his 1966 book Understanding Physics. Since then, Mach numbers have been used in entertainment and marketing as a general signifier for adventurously or aspirationally great speeds.

In the anime series Speed Racer, which first aired in the US in 1967, the protagonist drives a car called the Mach 5. Five in Japanese is go, so the name of the car—Mach Go in the original Japanese—was a bilingual pun.

Ford Motor Company produced a high-performance special edition of its Mustang called the Mach 1 from 1969–78, re-released in 2003. In 2018, Ford announced plans for an electric SUV called the Mach 1. A NASCAR team also took the name Mach 1 racing from 1981–89.

A English prog rock band called themselves Mach One in the 1980s.

Windshield wiper speed on random cars bothers me way more than it should. It’s barely sprinkling, why are your wipers going at Mach 1?
@gregandia, March 2018
What Fords there were, as you’d expect, were mostly Mustangs. One that moved on to a new owner was a 1970 Mach 1 that sold for $41,800.
Rich Truesdell, Hot Rod Network, February 2018
Magnetic levitation and big vacuum pumps would do away with pesky friction and air resistance, letting those bus-sized vehicles zip along at speeds approaching Mach 1.
Alex Davies, Wired, February 2018
SEE MORE EXAMPLES

Mach 1 and Mach speed are widely used in technical senses in aeronautics, where the velocity is notated as M=1. They are also used more colloquially to refer to any extreme speed. A 1996 book on mountain biking, for instance, exaggerates the pace of riders who “reach Mach speed” on straightaways. Mach 1 may even be used to describe metaphorical speed. For example, a 1994 business book promised rapid sales with its title of Selling at Mach 1.

Mach 1 is frequently used in term of approaching, reaching, or exceeding Mach 1, and often occurs with mention of “breaking the sound barrier” or “achieving supersonic speed.”

This is not meant to be a formal definition of Mach 1 like most terms we define on Dictionary.com, but is rather an informal word summary that hopefully touches upon the key aspects of the meaning and usage of Mach 1 that will help our users expand their word mastery.