What does WhatsApp mean?

Where does WhatsApp come from? 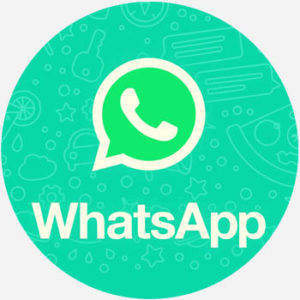 WhatsApp was founded in 2009 by WhatsApp, Inc. The company name puns on the popular colloquial greeting What’s up? and app, short for application.

The app, one of the first of its kind to provide messaging over WiFi, allows people to communicate on their smartphones across the world, making it a popular choice for people who live and travel abroad. It also works across major mobile device platforms, such as Android, iOS, and BlackBerry. As of 2018, notable WhatsApp features include voice calling, group chats, end-to-end encryption, and status updates similar to Snapchat and Instagram Stories. The app functions by using cellular data or WiFi and the user’s existing phone number.

Facebook acquired WhatsApp, Inc. in 2014 for $19 billion. In the wake of the Facebook data scandal in 2018, many users, journalists, and privacy advocates questioned if WhatsApp was harvesting and sharing user data. WhatsApp assured all activity was encrypted, a security feature which is one of the major draws of the service. In March, 2018, the company was ordered to stop sharing data with Facebook in Europe, and users elsewhere can change settings on their phone so their data isn’t automatically shared with Facebook for targeted ads.

Book your appointment now for nextweek slot! Promo price for april month is still on going. For more enquiries & bookings, whatsapp me directly to book your appointment!
@Myra_Rashid, April, 2018
I was playing truth or dare with my crush where I chose the dare option and guess what, he told me to delete my whatsapp because I talk too much :))
@annoyyyinlady, April, 2018
At the beginning, I often felt isolated and as if I had abandoned friends. Some contacts ebbed away, while I had to withstand the odd awkward look of disbelief and discontent from others when I explained that I did not use WhatsApp.
Knut Traisbach, The Guardian, February, 2018
SEE MORE EXAMPLES

Because it works over WiFi and across different devices, WhatsApp, as an app and term, is popular among immigrants, families with relatives in different countries, travelers, and businesspersons. It is particularly popular in Latin America, India, and Europe, and in many cases is preferred over traditional SMS, or text, messaging. As a testament to its popularity, WhatsApp is the most popular messaging application in over 100 countries.

WhatsApp is also widely used for its group messaging feature. With groups being able to have up to 256 participants, it has became a versatile feature used to communicate with classmates, relatives, and coworkers. The groups feature is also used for niche groups, including group chats for mothering or conversational groups interested in improving language skills, for example.

Many entrepreneurs are increasingly conducting business over WhatsApp, advertising products and services on social media and providing their WhatsApp contact number.

Outside of its discussion in tech and business journalism, WhatsApp is very familiar to its users (e.g., Hit me up on WhatsApp or Give me a whatsapp call). It has even prompted its own verb (e.g., I’ll WhatsApp you later on).

This is not meant to be a formal definition of WhatsApp like most terms we define on Dictionary.com, but is rather an informal word summary that hopefully touches upon the key aspects of the meaning and usage of WhatsApp that will help our users expand their word mastery.