Bonjwa is a Korean-language gaming term referring to elite or professional players of StarCraft, a popular video game. It can also refer more generally to someone at the top of their respective field.

Where does bonjwa come from? 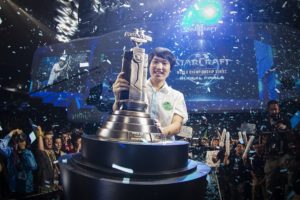 The word bonjwa is the transliterated version of the Korean 본좌. It is used for someone who is very successful in the real-time strategy game of StarCraft, especially when they dominate levels of the game for a long period of time.

The term bonjwa, however, was used long before StarCraft’s initial release in March 1998. In Korean, bonjwa is a first-person, honorific pronoun used for emphasis. Think of pointing to yourself and saying “And me? Let tell you what I think…”

By at least the 1970s, it appears bonjwa was being used in some Buddhist texts to refer to a complete or heightened sense of self. By 1980, bonjwa was used to describe someone who is considered especially skilled in the arts, particularly the performing arts. It then jumps to South Korean gaming culture, where StarCraft has historically been massively popular.

The first bonjwa and an inspiration to gamers all over the world. pic.twitter.com/2bRtjRst01

The first StarCraft tournaments began in 2002. By 2006, the term bonjwa was being used as a nickname for top StarCraft player Park “July” Sung-joon.

It's retro night at the #GSL as NaDa (Lee Yun-Yeol) and July (Park Sung-Joon) face off in a best-of-5. My bet's on the Terran bonjwa. #SC2

Into the 2010s,  bonjwa is mostly used to describe StarCraft players who dominate an “era” of the game, which centers on galactic struggles between different species. There are a certain set of standards that players must meet in order to be considered a bonjwa, but generally it’s decided by public consensus.

So absolutely everyone agrees Nestea is far and away the best SC2 player in the world, why are we still hesitant to use the term bonjwa? 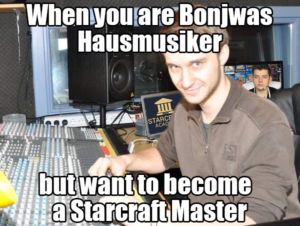 @BonjwaDE / Twitter
At some point in the not too distant future @ENCE_Serral's Twitter profile is just going to say "Bonjwa" and that will be a great day.
@ArielleEJ, November 2018
…while top “Brood War” pros in South Korea refused to switch games, many second-tier ones, including future bonjwa Jung “MVP” Jong Hyun, readily took up the new game, hoping it would come close to “Brood War’s” success.
Will Partin, Variety, July 2018
SEE MORE EXAMPLES

A bonjwa can refer to a top player in the game of StarCraft anywhere in the world, but particularly in Korea, where the game commands an enormous following. 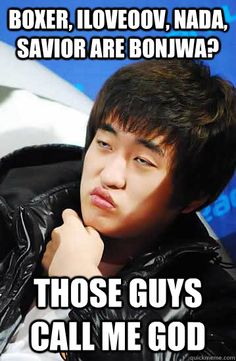 Earning the right to call oneself a bonjwa requires hundreds of hours of dedicated playing and an expert-level skill in StarCraft. It’s not a title to be assumed lightly, although what it actually takes to be considered a bonjwa is debated endlessly within the StarCraft community.

The title of bonjwa was somewhat tainted by its association with top player Ma “sAviOr” Jae Yoon who was banned after a match-fixing scandal in 2010.

The term bonjwa is also occasionally used to refer to anyone at the top of their field more generally, harkening back to its roots.

This is not meant to be a formal definition of bonjwa like most terms we define on Dictionary.com, but is rather an informal word summary that hopefully touches upon the key aspects of the meaning and usage of bonjwa that will help our users expand their word mastery.