What does kawaii mean?

Kawaii means “cute” in Japanese, and it is associated with a pop-culture aesthetic of such things as cuddly animals and pink hearts.

Where does kawaii come from? 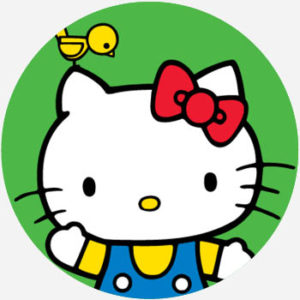 In Japanese, the word kawaii describes something as “cute,” “adorable,” or “pretty,” usually carrying a connotation of smallness, shyness, and innocence. The literal meaning of the word denotes “lovable” or “pitiable.”

While the word has a long history, in contemporary culture kawaii is primarily associated with a popular aesthetic emerging in Japan in the 1970–80s. Around this time, many Japanese students began to write in a rounded, thin-lined style, incorporating faces, hearts, and other images into their writing—all considered “cute,” or kawaii. Capitalizing on this schoolroom trend, Japanese companies like Sanrio started selling goods such as stationery, lunch boxes, diaries, and backpacks with “cute” designs and cartoon characters—most notably Hello Kitty, who became a global icon of the Japanese kawaii culture of cuteness. Other institutions, from banks to airlines, incorporated kawaii elements in their marketing.

The kawaii aesthetic drew Western attention in the 1980s. The Far East Economic Review described kawaii in 1984, with The Atlantic following in 1986, and Forbes in 1987. English speakers started using kawaii online as early as 1989. Early examples tend to refer to elements of Japanese popular culture such as Hello Kitty, the Street Fighter character Chun Li, or Jiji, and a cat from the Hiyao Miyazaki 1989 film Kiki’s Delivery Service. Westerners went on to adopt kawaii to refer to other cute things, including their own cartoon characters, pets, and people.

The Kawaii aesthetic remains popular in Japanese fashion and culture. Adult women may, for example, dress in lacey or ruffled dresses, in the style known as Lolita fashion, which is considered kawaii. Construction sites may even be set off by barriers shaped like cute animal characters. The West also continues to be fascinated with kawaii. Outlets like Big Think and Vice have covered kawaii in the mid-to-late-2010s. Kawaii Box, a subscription box service for cute Japanese goods was featured on the Today Show in 2016.

Happy #cutiesaturday @cutiesaturday Here's a commission I drew for my good friend @GlassBerryPie of our fursonas hugging and being kawaii af <33
@lady_pixelheart, April, 2018
Super kawaii! Japan's high-speed trains, already the envy of the world, are set to become more so (at least to a certain segment of the population) when a limited edition Hello Kitty Shinkansen pulls out of the station.
Karen Gardiner, Bravo, March, 2018
When she first appeared five years ago with “PonPonPon,” a surreal candy-colored tribute to Harajuku street fashion that immediately went viral, Kyary became the de facto queen of kawaii—pigtails, dripping in ribbons, and an endless array of Lolita dresses.
Monica Kim, Vogue, July, 2016
SEE MORE EXAMPLES

In Japan, kawaii can be used to describe both people and things as “cute.” It is often used to describe girls and women as “pretty” or “shy,” and it is generally taken as a high compliment. Boys and men are less often described as kawaii, though surveys show more than a half of men would interpret it positively.

Kawaii also carries a connotation of endearing vulnerability, describing someone you would want to care for, hence its association with cuddly animals. The related term kawaiso, however, means “pitiful” or “pathetic.”

There is a genre of music in Japan which blends the kawaii aesthetic with heavy metal, known as kawaii metal or kawaiicore.

In speech and writing, English speakers use kawaii to refer to the Japanese aesthetic, known as kawaisa in Japan, or in their own personal or subcultural adoption of it as an adjective for “cute.”

The Japanese word kawaii is not to be confused with Kauai, the Hawaiian island.

This is not meant to be a formal definition of kawaii like most terms we define on Dictionary.com, but is rather an informal word summary that hopefully touches upon the key aspects of the meaning and usage of kawaii that will help our users expand their word mastery.