What does la familia mean?

Meaning “the family” in Spanish, la familia variously refers in English to one’s family, circle of friends and coworkers, teammates, or other close communities or organizations.

Where does la familia come from? 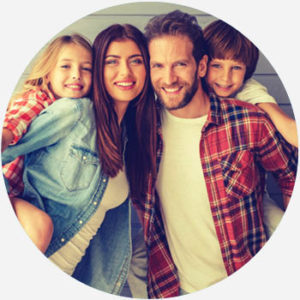 The word familia has a long history of referring to close relations or connections. The Spanish familia comes from the Latin familia, source of family and familiar. In Ancient Rome, familia not only named one’s immediate family but could also extended to one’s “clan” and even “slaves” as they were considered part of one’s household. In fact, the earliest recorded meaning of family in English was as “servants of a household” in the late 1300s.

Familia, as such, was borrowed into English in the 17th century as a legal term for approximately 100 acres, based on an old custom that was enough to support a household. By the early 1720s, historians were using familia to refer to Ancient Roman slave households, and by the 1860s, religious clerics and monastics were calling their shared way of life familia.

Contemporary English speakers, however, will be more familiar with familia from its wide and varied use in Spanish-speaking cultures across the globe. One notorious instance of familia is La Familia, fully La Familia Michoacana, a powerful and active drug cartel formed in the Mexican state of Michoacán in the 1980s. It’s known, ironically, for enforcing traditional values among its members (their familia) while at the same committing gruesome acts of violence against rivals.

La Familia may have contributed to use of la familia in urban slang in the 1990s–2000s for one’s “crew.” This term would seem to parallel use of the family for Italian-American organized crime (e.g., a Mafia family). However, we should be mindful that la familia is commonly extended to one’s intimate ties and support network in Spanish fully outside of any gang-related connections.

Another notable example of familia is thanks to Jay-Z. In 2000, he released a hit hip-hop album, Roc La Familia, featuring artists from his label, Roc-A-Fella Records. The title puns on rock (“to represent proudly”) and envisions his musical collective as a very tight-knit group, as if related by blood. As an extension of Roc-A-Fella Records, Jay-Z launched a now-defunct subsidiary label, Roc-La-Familia, in 2005, which especially promoted Latin hip-hop and reggaeton artists.

That my brother I call him hundred mane / La Familia and I put that on my momma / That my nigga I call'em Blocka / That my bitch I call her Betty Crocker
Kevin Gates, “La Familia” (song), 2016
The Lady Wranglers come away with the win! 94-58 final score over Collin County --- #GoWranglers #OCWBB #LaFamilia #GetBetter #DoBetter #BeGreat #ConferenceTime 💪💪👍👍👍
@OCWranglers, March, 2018
By 1967, Little Joe had become leader of his group and had dropped the name Latinaires in favor of La Familia, an indication of how the Chicano movement’s strong resistance to assimilation had influenced young musicians as well as artists and writers.
Charles Tatum, Chicano Popular Culture, 2017
SEE MORE EXAMPLES

In everyday speech and writing, Spanish speakers and individuals who identify as Hispanic use la familia for their biological family as well as other close ties, such as one’s dear friends and colleagues—just like the immediate and extended uses of family in English and other languages.

When writing in English, Spanish-speakers will often code-switch into la familia to show cultural pride, a sense of home, and the centrality of family in Latin life, as well as use the hashtag “#lafamilia” on Instagram, Twitter, and other social-media platforms. Non-Hispanic people may also take to la familia, as we saw with Jay-Z, to signal solidarity with Latin culture or for expressive flair, especially when cheering on sports teams.

In addition to its use as a title in popular media (e.g., songs), a range of organizations or establishments call themselves La Familia, including, more infamously, a racist and xenophobic group of soccer fans in Israel who oppose Muslim players on the Beitar Jerusalem Football Club. And of course, be mindful that La Familia is widely used in discussions of the Mexican drug cartel.

This is not meant to be a formal definition of la familia like most terms we define on Dictionary.com, but is rather an informal word summary that hopefully touches upon the key aspects of the meaning and usage of la familia that will help our users expand their word mastery.