What does mija mean?

Literally meaning “my daughter,” mija is used as a familiar and affectionate address to women, like “dear” or “honey,” in Spanish.

Where does mija come from? 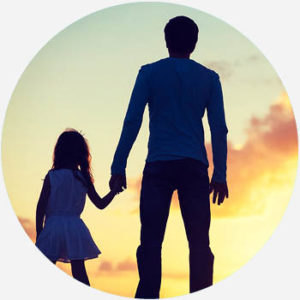 The term mija is a colloquial contraction of the Spanish words mi (“my”) and hija (“daughter”). Its male counterpart is mijo, joining mi and hijo (son).

Mija is widely used as a familiar form of direct address. Spanish-speaking parents, naturally, often use mija when getting the attention of a female child or speaking to them fondly. It has also become a term of endearment among female friends or a female significant other, where it carries the sense of “my girl” or “sweetheart.”

An LA-based DJ, Amber Giles, notably uses Mija as her stage name. She says it was given to her as a nickname by a friend in her hometown of Phoenix, Arizona. As a result, she has observed wryly: “I get tagged in more family photos than you would expect,” referring to the widespread use of mija on social media.

I swear Mexican parents don't tell you "good job mijo/mija" they just tell you everything you did wrong lol
@ItsBambzzBruh, April, 2018
Me when older Latinx call me "mija" whether we know each other or not 😭 💕
@soychorizo_, April, 2018
“...at first I thought it was bad luck that he had some pictures of old Dodger players and some other stuff from this year, you know, like a jinx, but he said, ‘No mija, it just shows that I will always love the Dodgers and I want the spirit of the Dodgers who are already dead to come back today and help us win .’”
Candace Morelos, quoted by EGP News, November, 2017
SEE MORE EXAMPLES

Mija is a friendly, informal way for Spanish speakers and writers to refer to female friends or romantic partners, especially prevalent among older people to address a younger woman. The term has also extended to female pets. While intended to be affectionate, some young women, however, may find mija belittling, condescending, or sexist, particularly if coming from a male peer.

Some Spanish speakers will code-switch into mija when otherwise speaking or writing in English. Mijo is used just like mija, meaning “my son” among family or elders or “buddy” among close male friends.

The Spanish mija is not to be confused with the given name Mija, a variant of Mia in Scandinavian and Serbo-Croatian languages. It is also a Korean girl’s name, pronounced more like mee–jah, specifically that of the lead character in the 2017 Korean-American film Okja.

This is not meant to be a formal definition of mija like most terms we define on Dictionary.com, but is rather an informal word summary that hopefully touches upon the key aspects of the meaning and usage of mija that will help our users expand their word mastery.