What does Mi Gente mean?

Literally meaning “my people” in Spanish, “Mi Gente” is a hit 2017 reggaeton song, latter remixed with Beyoncé … so it’s awesome.

When not rocking out to the song, Spanish speakers widely use mi gente when referring to family, friends, and other national, ethnic, and cultural groups.

Where does Mi Gente come from? 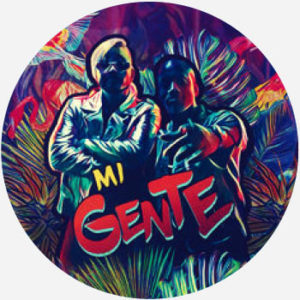 In Spanish, mi gente literally translates to “my people” or “my folks”—and that’s exactly how Spanish speakers use it for friends, family, compatriots, communites, and fans, at least for the famous people. In the song “Mi Gente,” it’s all of the above.

Released in June, 2017 by Colombian singer J Balvin and French singer Willy William as remix of the latter’s “Voodoo Song,” “Mi Gente” calls on “my people” to get the party jumping. As the hook goes: “¿Y dónde está mi gente? (And where are my people?) / Say yeah yeah yeah.”

The song went to #19 on the Billboard Top 100. The  video was a smash hit, too, the ninth most liked on YouTube and with nearly two billion views as of 2018. It shows people of different ages, genders, and races dancing along to the beat against colorful backdrops.

A September, 2017 remix of the song with Beyoncé made “Mi Gente” even hotter on the charts. This version toppled the summer’s indefatigable “Despacito” on the Billboard‘s Hot Latin charts and climbed to #3 on Billboard overall. All proceeds from the remix went to charities helping the parts of the Caribbean ravaged by hurricanes that summer.

Currently at Walmart stocking up on @SheaMoisture products because black don’t crack is a fact not a phrase and the black community stays killing the game while mi gente and las gringas stay drying up like mangos in the sun. 🙂
@JQUAYY, December, 2017
every time a song in Spanish becomes huge they launch a version in Spanglish (despacito with just bieber, reggaeton lento with little mix and mi gente with beyoncé)... i am not blaming those artists but why does it feel like English is the only language accepted in music i’m done
@intokyun, December, 2017
Last year Balvin scored a genuine Spanish-language smash in the US marketplace with the populist anthem “Mi Gente,” a collaboration with the French DJ Willy William. The song is a relentless body-mover, its frenetic, squealing loop topped off by Balvin’s casually swaggering Auto-Tuned sing-rapping.
Chris Deville, Stereogum, May, 2018
SEE MORE EXAMPLES

In everyday Spanish, people use mi gente as a greeting (e.g., Hola, mi gente!) or to refer to a group of people they strongly identify with (“Toda mi gente están en esta fiesta,” or “All of my people are at this party”).

#TianaSmalls did not have to do what she did. She courageously put her Black life in danger for us. Thank you for standing up for mi gente, Tiana. Mi gente: please pay it forward & stand up for Black women when the time comes. These times call for us to #ResistAndReciprocate✊🏽

Otherwise, expect “Mi Gente” to be bumping to the infectious rhythm of the hit song. At the 2018 Coachella music festival, Beyoncé notably performed the remix.

This is not meant to be a formal definition of Mi Gente like most terms we define on Dictionary.com, but is rather an informal word summary that hopefully touches upon the key aspects of the meaning and usage of Mi Gente that will help our users expand their word mastery.