What does mami mean?

Where does mami come from? 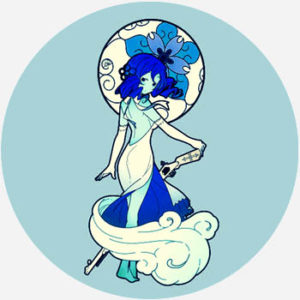 A colloquial and child’s form of the Spanish mamá, mami literally means “mommy” in Latin-American Spanish, especially in the Caribbean. Like its male counterpart papi, mami has become a slang term roughly equivalent to “honey” or “baby,” not unlike slang uses of momma in English, particularly used of a “hot,” self-assured woman. Unlike momma, mami can also be a term of endearment for a close female friend.

Mami rose to prominence in the 2010s in mainstream culture. Since 2012 on Instagram, Rapper Drake has posted under the handle @champagnepapi, a notable example of mami‘s “sexy dude” counterpart, papi. As a show of their passionate fandom, some female Drake followers refer to themselves as Champagne Mami on social media. Fashion brand Lingua Franca, among some others, has even embroidered Champagne Mami on clothing items for popular sale.

In 2014, alt-rock duo Sylvan Esso released their well-received single “Hey Mami.” The song, about a pretty woman strutting around town, features the refrain: “Hey mami, I know what you want, mami.”

excuse me but will you marry me mami
@markleetv, November, 2017
being called mami or mama just does something to me
@ashleyestradaxo, March, 2018
And while she's definitely glowing up this year, Amara has always been living her best life on Instagram being as flawless as she can be. Here's the fiercest of all of her looks. Slay Mami!!!
Kellee Terrell, Hello Beautiful, January, 2018
SEE MORE EXAMPLES

Mami is variously used in speech and writing among Spanish speakers, people who identify as Hispanic or seek an expressive Spanish flair, and non-Spanish speakers who are familiar with the slang (or adore Drake).

In reference to a mother, mami acts like the English “mommy.” When used of a female romantic partner, it behaves like “baby” or “honey.” If said of a friend, mami can be equivalent to “bestie” and is considered complimentary. Mami is even showing some signs of acting as a kind of Spanish-language equivalent of mom on the internet,  a slang term of admiration, especially for famous people.

Some also call themselves mami as a declaration of self-confidence (e.g., I look like a mami in this dress!). This use is increasingly common in younger, progressive media to celebrate diverse women of color. If used of strangers, mami may be considered misogynistic, especially if issued as a cat call (e.g., Hey, mami!)

Mami chula, or “hot momma,” is a more intensive, sexualized variant, just as papi chulo names a “lady’s man.” The Spanish plural of mami is mamis.

This is not meant to be a formal definition of mami like most terms we define on Dictionary.com, but is rather an informal word summary that hopefully touches upon the key aspects of the meaning and usage of mami that will help our users expand their word mastery.