What does Champagne Papi mean?

Champagne Papi is a nickname and Instagram handle of Canadian rapper and R&B recording artist Drake.

Where does Champagne Papi come from? 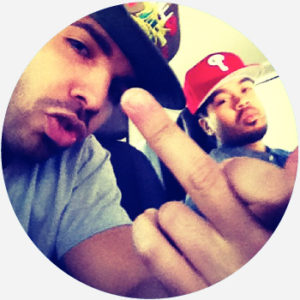 Though he has accumulated many nicknames (including “Drake,” as his given name is Aubrey Drake Graham), Drake began using Champagne Papi in 2011 when he started posting on Instagram under the handle @champagnepapi, which now boasts over 40 million followers.

Many fans point to 2011–13 as when Drake grew into his Champagne Papi persona. During this period, Drake’s style and music became influenced by the culture of the West Indies, and he began sporting longer hair, chain necklaces, and muscle v-neck t-shirts associated with flamboyant, macho men there, colloquially called papis in Caribbean Spanish.

While champagne may be Drake’s drink of choice, it is most likely used here to evoke sophistication, elegance, and romance. Papi is Spanish slang for “daddy” or “dude,” frequently associated with a type of Caribbean machismo.

Moral of the story is this time around Drake spent his budget on strangers who could make him look like a Daddy Warbucks, instead of vixens who make him look like a Champagne Papi.
@TinuolaVictoria, February, 2018
The Insecure star attended Sunday night's ceremony as a Best Actress nominee, but on her way from one after-party we're told she was approached by Champagne Papi himself, who wanted Issa to stop by the Netflix bash he was DJing.
McKenna Aiello, E! News, January, 2018
In other wedding news, Champagne Papi really enjoyed the reception. He posted a bunch of flicks from the reception on Instagram, joking in one photo that marriage should’t get in the way of his barber’s obligations: "You might be married but man’s still need their cut though.”
Latifah Muhammad, BET, July, 2015
SEE MORE EXAMPLES

When fans use the name Champagne Papi to refer to Drake, they are most often talking about his style and his persona, especially as conveyed through his massively popular Instagram posts. They might also use Champagne Papi in romantic or sexual contexts—or fantasies.

Fans reserve Drake’s other nicknames for different scenarios, including Wheelchair Jimmy for his days on the TV show Degrassi, Ovo and 6 God for his Canadian roots, and Drizzy or Heartbreak Drake for his rapping and lyrics.

This is not meant to be a formal definition of Champagne Papi like most terms we define on Dictionary.com, but is rather an informal word summary that hopefully touches upon the key aspects of the meaning and usage of Champagne Papi that will help our users expand their word mastery.