What does BTS mean?

BTS is the name of a massively popular and internationally successful South Korean boy band, also called the Bangtan Boys.

You don’t wanna mess with their fan base, the millions-strong BTS ARMY.

Where does BTS come from? 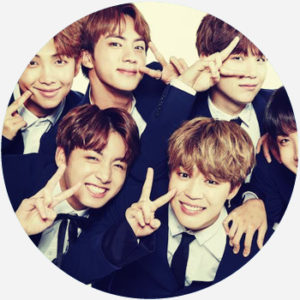 BTS was formed by South Korean entertainment company Bit Hit Entertainment in the early 2010s. The seven-person band includes Jungkook (sometimes affectionately called Coconut Head due to his haircut), J-Hope, Suga, RM, and V, the stage names of some its most adored members.

Their name is short for Bangtan Sonyeodan, or “Bulletproof Boy Scouts” in Korean. They chose bangtan—literally “resistant to bullets”—because they felt it encapsulates their mission of deflecting the unhealthy stereotypes and unrealistic expectations they feel are so often aimed, like bullets, at young people.

Known for a pop-rap sound, impressive choreography, and elaborate videos and live performances, BTS songs present a positive message, true to their name, but don’t shy away from tackling tough issues in their lyrics, including loss and rejection.

Though they primarily sing in Korean with a smattering of English, BTS has achieved spectacular international success, with many millions of sales, downloads, streams, and, of course, YouTube views online.

In December, 2017, BTS became the first K-pop group to debut a single in the top 40 of the Billboard Hot 100 with “MIC Drop.” That year, BTS also extended the meaning of their name to Beyond the Scene to suggest future growth and success.

BTS maintains a very active social-media presence for their very dedicated and passionate fans, called the BTS ARMY. ARMY is said to stand for Adorable Representative MC for Youth, riff on the band name’s bulletproof inspiration.

Even the dictionary got in on it …

Jungkook doesn't reply to BTS' texts but he'll sing for them at 4 am without thinking twice about it
@hobybIo, March, 2018
On their tour around town, BTS is accosted by a cameraman outside a famous hot dog stand near Hollywood.
Monica Kim, Vogue, January, 2018
I hope my future employer scrolls through my social media before employing me and becomes an ARMY too who stans @BTS_twt as much as we do
@lukewaltham, March, 2018
SEE MORE EXAMPLES

Outside their record-breaking music, BTS is popularly discussed as an international pop-culture phenomenon.

Hey, @BTS_twt we love the tracklist for #LoveYourselfTear_D4 — so exciting!!https://t.co/IzkHfrJn1l

They are especially associated with the intense fandom of the BTS ARMY, who fawn over them on social media, create fan-art and write fan-fiction about them, and even imagine or ship relationships between the members. 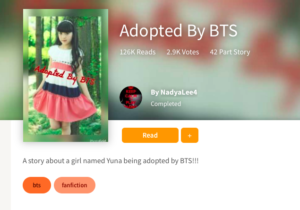 The ARMY, however, has a reputation for being too immature, aggressive, and obsessive. Careful. 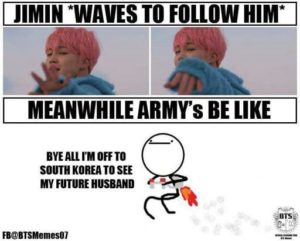 This is not meant to be a formal definition of BTS like most terms we define on Dictionary.com, but is rather an informal word summary that hopefully touches upon the key aspects of the meaning and usage of BTS that will help our users expand their word mastery.