Everything After Z by Dictionary.com
Previous Word: shill
Next Word: shit just got real

what is all this shipping olivia with every single man on planet earth lemme tell you she needs a WOMAN
@caseysnovak, January, 2018
While everyone else was shipping Ron and Kim in Kim possible, little gay me wanted Shego and Kim as end game
@likehellagay, January, 2018
Some fans started shipping Carzekiel back in October 2016 after Carol first met Ezekiel and he came clean to her about putting on a show as a king for his people.
Kirsten Acuna, Insider, November, 2017

Where does shipping come from? 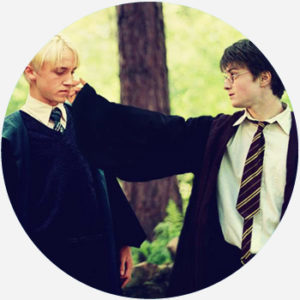 Though the term didn’t come around until later, the concept of shipping itself predated any label. The first widely-known ship, appearing around the mid-1970s, was the romantic pairing of Kirk and Spock or Kirk/Spock from Star Trek. (The slash between the names is why fanfiction about two men is now called slash. It has since extended to women with femslash.)

The actual term ship apparently came from the X-Files fandom. Fans who wanted Mulder and Scully to get together were called relationshippers starting in the 1990s. These people were known as r’shippers or shippers for short by as early as 1996. 1996 was a big year for shipping, as ‘ship as a noun appeared in discussions about the canonization of a romantic relationship between the two characters. By 1998, ship was a full-on verb.

By 1999, the terms shipper and ship appeared in Star Trek fandom, possibly indicating a cross-pollination of fandoms, perhaps because both shows involve extraterrestrials. A shipper is a person who engages in shipping. They might write fanfiction or draw art of characters involved, often with the characters ending up in a relationship or already being in a relationship. They might also discuss their ship with fellow fans, sometimes presenting evidence as to the characters’ chemistry.

Not too soon after these words entered the Star Trek fandom, they spread to other fandoms like Harry Potter, which was growing its own fanbase following the popularity of the books. The term exploded by 2002, and by 2003, it was finally added to Urban Dictionary, signaling that its presence online had been secured.

Even decades since Kirk/Spock, shipping thrives. It also continues to evolve, with fans shipping real-life personalities and celebrities (Larry Stylinson, a shipping of One Direction’s Harry Styles and Louis Tomlinson) as well as developing increasing subgenres and increasingly large fandoms. However, this type of shipping can be somewhat controversial, and people doing it are sometimes warned to be careful to not cross boundaries.

As a verb, people usually declare their affinity for a certain pairing by saying something like “I ship Character X and Character Y!” Alternatively, when faced with a situation that makes characters seem cute together, they may say “I ship it.” Someone who so ships a character is a shipper (e.g., a Ron Weasley/Hermione Granger shipper in Harry Potter fandom). Many fans have strong opinions about shipping, which may result in shipping wars within a fandom, where each side wants a different ship to become canon, or part of the actual story or narrative.

Ships, which are the pairings themselves, have a variety of ways they can be named. Blending character names together is a popular choice and sometimes has humorous results. For example, Peeta and Katniss from the Hunger Games could be Peenis or Katpee. Though many are funny, many are more straightforward and aren’t as laughter-inducing. For example, the ship name for the characters McCree and Genji from the game Overwatch would be Mcgenji or McGenji. Ships may also be known under another name entirely. For example the ship name for Finn and Poe from Star Wars is Stormpilot because Finn was formerly a stormtrooper and Poe is a rebel pilot. And, the ship for the characters in the 17th season of Pokémon:XY are called AmourShipping.

While making up new names is fun, the most unambiguous way to name a ship is to place character names next to each other, separated by an x or a /. For example, Ash/Misty or AshxMisty. This more easily accommodates polyamorous ships as well, like Ron/Harry/Hermione in Harry Potter.