What does Larry Stylinson mean?

Larry Stylinson is the nickname given to the pairing of One Direction members Louis Tomlinson and Harry Styles, who some fans believe have a secret relationship.

Where does Larry Stylinson come from? 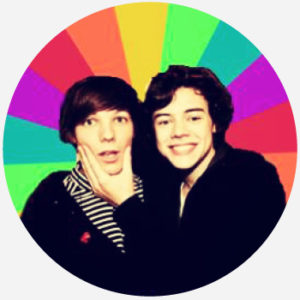 Larry Stylinson blends the first and last names Louis Tomlinson and Harry Styles in a fashion similar to other celebrity super-couple nicknames (like Bennifer for Ben Affleck and Jennifer Lopez) that came into fashion in the early 2000s.

The pop group One Direction was formed during the filming of the British talent show The X Factor in 2010 and selected as finalists in the contest in October of that year. That same month, a Tumblr post circulated with a photo of Tomlinson and Styles with their arms around each other’s shoulders and the caption “Larry Stylinson.”

Some fans were inspired by Styles’s and Tomlinson’s closeness and imagined the two as a couple in fan fiction or as speculation. Others began to earnestly believe the two were in a relationship, going as far as collecting evidence and presenting it in blog posts and videos. Styles and Tomlinson rejected the rumors in 2012.

So can we let this romance rumor die and just be happy that Larry Stylinson are the cutest FRIENDS ever?
Noelle Devoe, Seventeen, May 2017
okay i fucking miss 2014 when all i did was read larry stylinson fan fiction and cry over one direction
@saladdavs, December 2017
I’ve been here watching no telling how many Larry Stylinson videos and I might be getting obsessed when I want to take a break I just click on another one
@StoryOfDelicate, January 2018
SEE MORE EXAMPLES

Larry Stylinson is used both by those who ship the pairing as an imaginary couple (generally in fan fiction) and by those who believe that the two singers are a genuine romantic pairing. The latter group sometimes refer to themselves as Larries.

The author of the blog Sex at Oxbridge told Vox.com, “One Direction fandom is full of younger queer and questioning individuals,” who may be more likely to connect with the idea that Styles and Tomlinson are a couple.

Larry Stylinson is frequently discussed in online venues, including Tumblr and Twitter, as well as in youtube videos that claim to show evidence of a relationship.

This is not meant to be a formal definition of Larry Stylinson like most terms we define on Dictionary.com, but is rather an informal word summary that hopefully touches upon the key aspects of the meaning and usage of Larry Stylinson that will help our users expand their word mastery.