What does puta mean?

Don’t say this around tu abuela.

Puta (plural, putas) literally means “whore” in Spanish, but depending on the context, it can also function like the English fucking, bitch, and motherfucker. It is often exclaimed in frustration or surprise.

Where does puta come from? 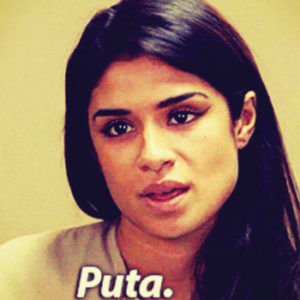 The ultimate origin of puta is obscure, though it’s commonly thought to come from a Latin word for a “girl.” Forms of the word are found across the Romance languages, not just Spanish.

While it seems likely that puta was just a neutral term for a “girl” at some early point, there’s evidence that puta was also being used for prostitutes. 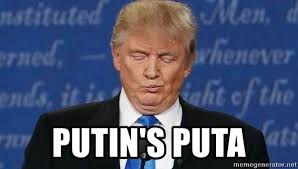 In Spanish, puta extended as a derogatory word for “whore” to an all-purpose swear, kind of like the English fuck, which ranges from you little fuck to abso-fuckin-lutely. Puta is often used an exclamation of surprise, positive or negative: Puta! I just stubbed my toe.

Puta is found in English texts by the 1930s. It might be related to poontang (“sex”) and is definitely related to puttanesca (an Italian pasta sauce said to be quickly and easily made by prostitutes between clients).

matthew: here she comes i cant stand this puta / also matthew being a fake bitch: oh hey baby girl how you doin?
@maialecs, May, 2018
Left his wife, but she was a puta. Now he's got some pocho [US citizen of Mexican origin] by the border and I've got two sisters…
Bryan Washington, Boston Review, November, 2017
Theres this one time I shitted at work and there was a customer that was waiting for me to finish so she can use the toilet, when she stepped inside i heard her say “puta madre” LMFAO DAMN MY BAD.
@ariellejdsj, June, 2018
SEE MORE EXAMPLES

Puta is incredibly versatile, found in Spanish all over the world and even in English when code-switching. 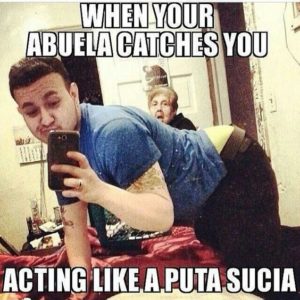 First and foremost, it’s an insult, used to call someone a “slut” or degrade them in general. It is also used as an intensifier (e.g., I have to go to the puta (fuckin’) DMV).

@juuulian9 @kayleeshoe23 I went to get my physical today. The puta doctor kept my packet and said I needed to pick it up tomorrow! #pissed

Puta is part of a number of vulgar stock phrases in Spanish, including  hijo de puta (“son of a bitch”), puta madre (“motherfucker” or “fuck off”), and ni puta idea (I’ve got no fucking idea). These expressions get used idiomatically (e.g., trabajo de puta madre (“fucking shitty work”).

While used frequently in informal Spanish, puta is still considered a very vulgar and forecful word. It’s not all negative, though. Some friends might call each other puta in a playful way, much like the English betch. 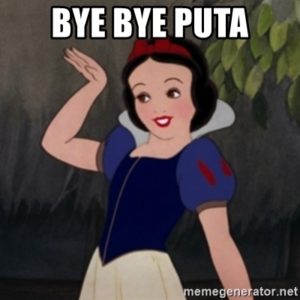 This is not meant to be a formal definition of puta like most terms we define on Dictionary.com, but is rather an informal word summary that hopefully touches upon the key aspects of the meaning and usage of puta that will help our users expand their word mastery.