What does toma mean?

Toma is a Spanish verb variously meaning “to take.”

In Latin American slang, toma means to have a drink, get what one deserves, or take someone sexually.

Where does toma come from? 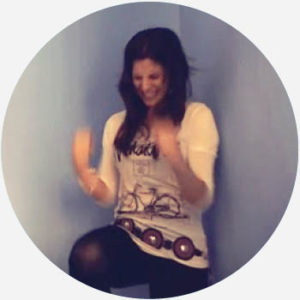 Toma is based on the everyday Spanish verb tomar, “to take.” Grammatically, toma can mean “he/she/it takes” or the imperative “take (something).”

La toma is a noun form for a “taken thing,” such as military “capture,” film “shot,” or medical “dose.”

As a slang term, toma is largely regional, found in parts of South America and Cuba. An equivalent slang word for toma is coger. In 2004, Cuban-American rapper Pitbull released a single with rapper Lil John called “Toma,” where he uses the word in a sexually-explicit context. In the song, his lyrics “Abre las pierna’/ y dale toma!” translate to “Open your legs and go, take it!”

As slang, toma is especially prevalent among Cubans, as Pitbull’s song helps show. Toma is often used as an interjection. For example, while someone is taking a drink, someone else could be cheering ¡Tómalo! (literally “Take it!”). This toma parallels the English “Drink! Drink!” or “Chug it!”.

¡Tómalo! can also be used in a physical altercation after someone has gotten punched, or has “taken it.” In a sexual contexts,  saying toma has the sense of “take it (penis, body, sex),” “do me,” or more coarsely, “fuck me.”

Outside of slang, toma is an extremely versatile verb in Spanish. It’s often seen in “to take a photo” (toma una photo) or “to make a decision” (tomar una decisión). It can also be used in “to drink something” or “take possession of something.”

This is not meant to be a formal definition of toma like most terms we define on Dictionary.com, but is rather an informal word summary that hopefully touches upon the key aspects of the meaning and usage of toma that will help our users expand their word mastery.