or yo tambien [yoh tom-bee-en]

What does yo también mean?

The phrase yo también variously means “me, too,” “so do I” or “same here” in Spanish. The expression is used to express agreement with a statement or, more generally, a feeling of solidarity.

Where does yo también come from? 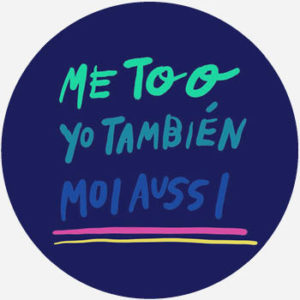 The expression yo también is made up of two words in Spanish. Yo is the first-person pronoun “I” or “me.” The adverb también (“also, too”) is a contraction of the words tan, meaning “as,” and bién, meaning “good.” Yo también literally translates to “I also” in English.

The expression is very old in the Spanish language, appearing in printed works by the early 17th century, including the landmark work of literature, Don Quixote, written by Miguel de Cervantes between 1602–15.

Many English speakers became familiar with yo también in 2015, when Romeo Santos, an American singer in the bachata genre, released a salsa single featuring Marc Antony called “Yo También.” In the song, two male lovers compete for the love of the same woman, each man repeating yo también as they insist upon how they loved and did everything for her. The single was nominated for multiple awards, including the Billboard Latin Music Award for Tropical Song of the Year.

In the wake of the #MeToo movement in 2017 to raise awareness about sexual harassment and assault, many Latin or Spanish women took to the Spanish-language equivalent of the influential hashtag: “#YoTambien.”

Examples of yo también

My dad is at AT&T Stadium watching the game, yo tambien quiero estar ahi [I also want to be there].
@cristaaalclear, March 2018
Let's ensure activists from all over the non-[E]nglish speaking world are included in #metoo #TimesUp movement...#YoTambien #BalanceTonPorc...All voices must be heard. #SexualHarrassment
@Bhiggins1987, March 2018
"This was a blast. I want to have a sleepover again really soon!" "¡Yo también" said Camila. "Me three!" said Celia. "Me four!" said Dora. Now THAT was something everyone could agree on!
Nickelodeon Publishing, Dora's Super Sleepover, 2015
SEE MORE EXAMPLES

Who uses yo también?

Yo también is widely used often by Spanish speakers of all ages in speech and writing, though it especially has currency as a stock phrase of agreement in Guatemala, the Dominican Republic, and Argentina.

Many Spanish-language speakers will code-switch into yo también, incorporating the common phrase into English speech and writing.

And of course, many English-language speakers will encounter yo también early on in Spanish-language instruction and learning.

This is not meant to be a formal definition of yo también like most terms we define on Dictionary.com, but is rather an informal word summary that hopefully touches upon the key aspects of the meaning and usage of yo también that will help our users expand their word mastery.