What does yaoi mean?

Yaoi is a Japanese term for manga that features sexual romance between men, specifically as created by and for women. In the West, yaoi is used more generally to refer to any anime, manga, fan fiction, that focuses on romance between men.

Where does yaoinsfw come from? 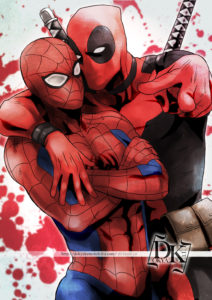 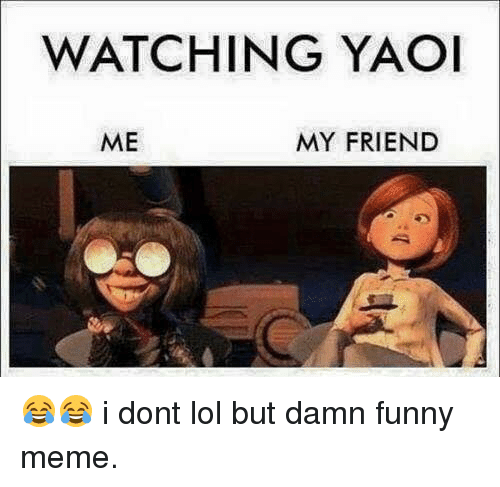 Yaoi was created in Japan around 1980. At the time, female manga artists were publishing stories for girls’ manga magazines about platonic romantic relationships between young boys. This genre is known as shonen ai, or “boy love” and sometimes abbreviated as BL. Soon after, other artists began drawing parodies of popular boys’ manga comics where the male characters were depicted as gay lovers.

The word yaoi is credted to Hatsu Akiko and Sakata Yasuko, members of the Year 24 Group of female manga artists who created stories focusing purely on sexual relations between men. Yaoi is an acronym of the phrase yama nashi, ochi nashi, imi nashi, roughly translating to “no climax, no fall, no meaning” and referring to how the genre emphasizes sex, not romance. Art of this subject matter created by and for gay men (vs. the female yaoi community) uses the term bara instead (both in Japan and the West). Yaoi in Japan is a niche genre of manga, with BL anime and manga a more popular depiction of male romance.

By the 1990s, yaoi was crossing the ocean and causing problems for translators. In Japan, yaoi specifically refers to sexual manga written by women but many Western translations would refer to all manga and anime depictions of male romance as yaoi. This translation causes division among Western manga fans to this day. Many older, longtime, or purer manga fans prefer to use yaoi to refer only to sex-focused manga, as is done in Japan, whereas many newer or younger manga fans use yaoi as an umbrella term for all male romance, regardless of medium or author.

Western book retailers, such as Amazon, usually fall into the second camp. Barnes and Noble, for example, includes both the Ten Count series (which has sexual content) and the His Favorite series (which does not and is a BL manga in Japan) in their yaoi category of Best Sellers.

I can never ask anyone for anime suggestions. All y'all watch is yaoi or naruto
@abyssxwalker, December, 2016 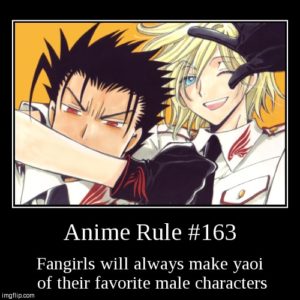 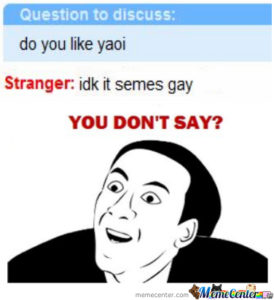 Yaoi is still widely used in the manga and anime community. Although, it can look very different depending on if you search for the Western yaoi … 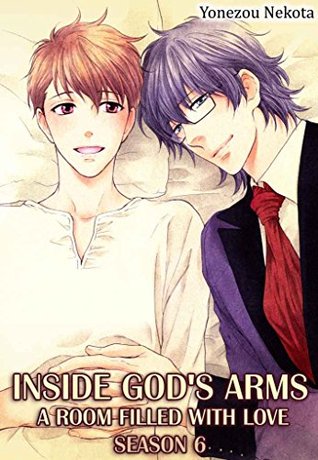 … or the Japanese one. 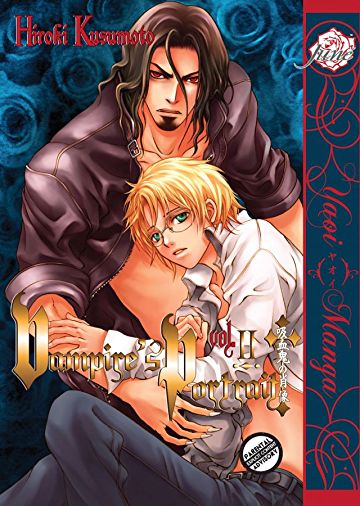 Yaoi stories and drawings are also very popular on websites like fanfiction.net and Tumblr, which both have a high number of female users. The popularity of the genre has led to yaoi art of Western fictional characters in addition to Japanese ones. 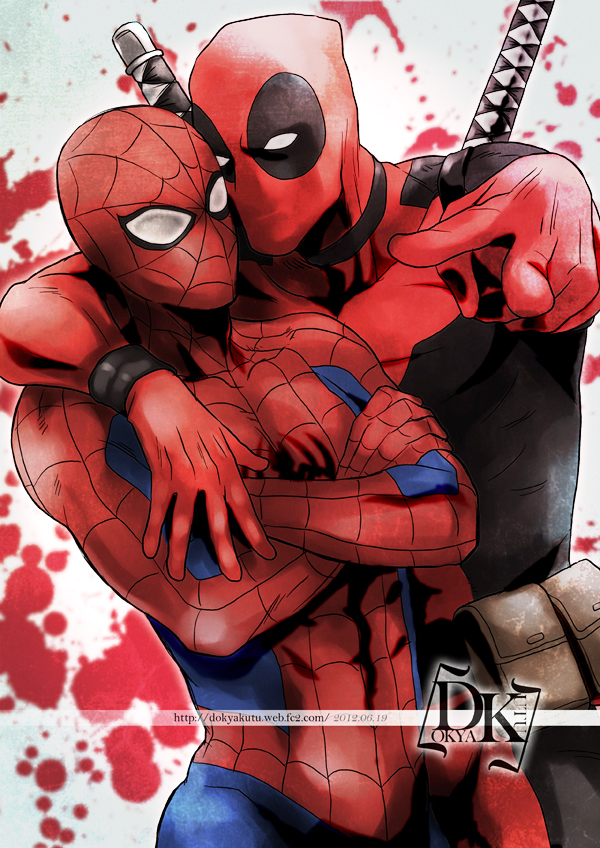 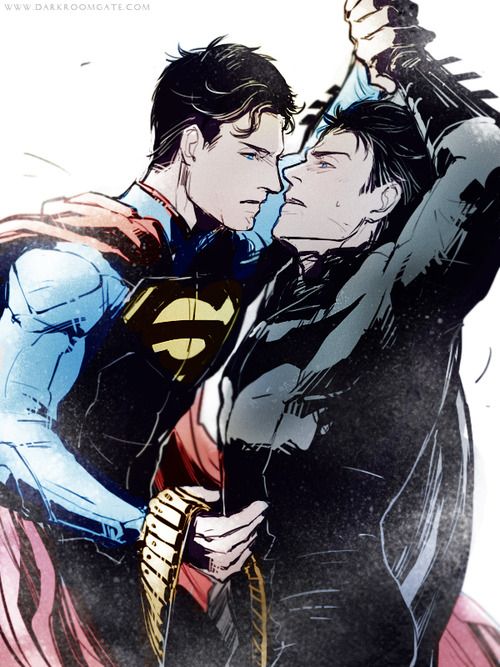 A meme of yaoi fangirls pokes fun at zealous yaoi consumers who create pairings out of seemingly any male character or context. 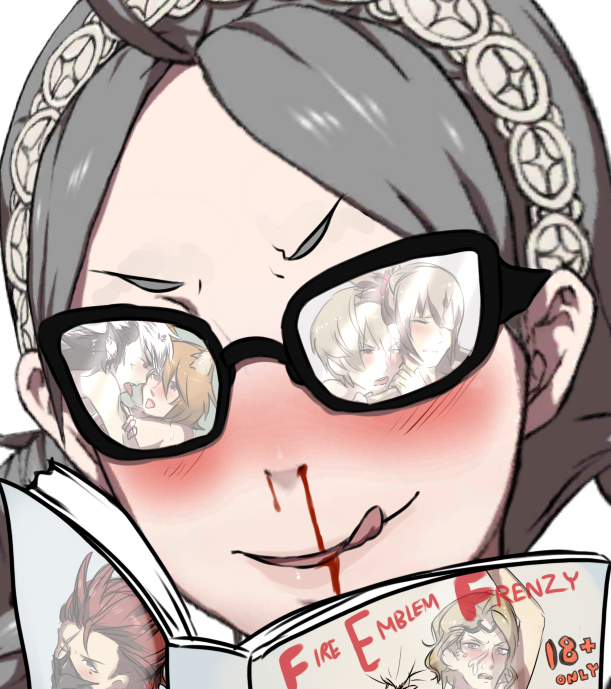 This is not meant to be a formal definition of yaoinsfw like most terms we define on Dictionary.com, but is rather an informal word summary that hopefully touches upon the key aspects of the meaning and usage of yaoinsfw that will help our users expand their word mastery.