What does notice me senpai mean?

I hope senpai will notice me is a phrase inspired by anime and manga. In practice, people who use it tend to mean that they want to be acknowledged by someone they greatly admire.

The imperative form notice me senpai is often used on social media when a fan tags a celebrity they love.

Where does notice me senpai come from? 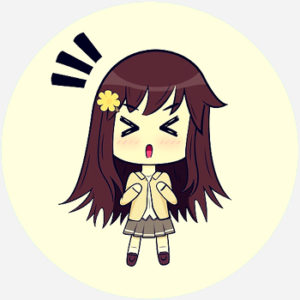 In Japan, senpai, sometimes spelled sempai, is an honorific for an upperclassman at school. In anime and manga, it’s a common trope that a senpai character is also an object of affection for a younger peer. The phrase I hope senpai will notice me, or more commonly, I hope senpai notices me, is mostly associated with Tumblr. The concept was introduced there on August 8, 2012 when a blog called Has Senpai Noticed Me Yet? was created.

The concept of senpai had previously been discussed on the site, as Tumblr hosts a large fanbase of anime and manga fans. The phrase I hope senpai will notice me is based on the trope of a romantic relationship between a senpai and their kohai (the Japanese term for an underclassman).

In anime and manga, a kohai will sometimes pine after their senpai. While the exact phrase I hope senpai will notice me doesn’t appear in any specific anime or manga, the phrase aptly personifies what could be the inner dialogue of a kohai who longs for their senpai. Within the trope, the kohai desperately wants their senpai to take interest in them or to return their affections, often to no avail. In anime and manga, this dynamic sometimes even occurs between a female character and an older male character who aren’t actual senpai and kohai.

Shortly after the launch of Has Senpai Noticed Me Yet? a new blog was created from the perspective of a fictional senpai. In the following days, more and more blogs referencing senpai began to appear. Tumblr users began to both use the tag #I hope senpai will notice me, and create more posts with the tags #senpai and #sempai, populating them with memes and text posts.

Beyond the contexts of Tumblr and anime, the imperative notice me senpai has become a popular plea for attention on social media sites like Twitter. Often fans will tag a celebrity they admire with notice me senpai. Whether or not the tagged celebrity responds or even understands the reference, the fan’s longing to be seen is evident from this expression.

Examples of notice me senpai

“Hope senpai will notice me you make me sooo happy.. @therealjacksepticeye”
somefanartsbychibi Tumblr (January 16, 2017)
“The reason I am in May's issue of @Essence Magazine is because I wanted senpai (@Oprah ) to notice me”
Camille Johnson @OffbeatLook Twitter (April 19, 2017)
“Actually, Junko's jokes are mile-a-minute in this episode, and even the English subs can barely keep up. If you know just a little Japanese, you can hear her drop a 'Senpai notice me!' joke upon meeting Izuru face-to-face...”
Jacob Chapman, “Danganronpa 3: The End of Hope's Peak High School: Despair Arc,” Anime News Network (August 18, 2016)
SEE MORE EXAMPLES

Who uses notice me senpai?

The phrase continues to be popular on Tumblr. #I hope senpai notices me is somewhat regularly used, while #I hope senpai will notice me is used less frequently. The most used hashtag within this theme is #senpai noticed me. Posts under this tag are often a blogger’s reaction to a person they greatly admire acknowledging them. These phrases and similar ones have a large presence on deviantArt as well, boasting over 13,000 images and stories with such a title. This use is also common on other forums and social media sites.

The concept of wishing for a senpai’s attention became so popular that the site TV Tropes offers “hoping Senpai notices me” as a relationship status for users’ profiles.

This is not meant to be a formal definition of notice me senpai like most terms we define on Dictionary.com, but is rather an informal word summary that hopefully touches upon the key aspects of the meaning and usage of notice me senpai that will help our users expand their word mastery.