What does anime kiss mean?

An anime kiss is exactly that: a still or moving image of two characters making out in Japanese anime cartoons or movies.

Where does anime kiss come from? 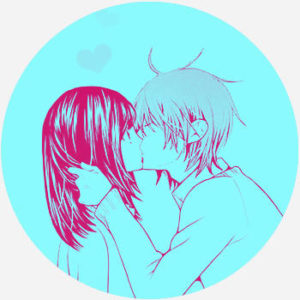 The anime kiss is a trope of romance anime, one of the many genres of the very popular Japanese style of animation.

Emerging after WWII with the work of artist Osamu Tezuka, anime was introduced to the US in 1963. Subsequent anime cartoons over the decades, particularly in the 1990s with shows like Sailor Moon, Dragon Ball Z, and Pokémon, have made the genre a massive hit—and an extensive subculture—among Western viewers.

The anime kiss has appeared in romance anime since at least the 1970s. An early example is from Toei Animation’s 1975 anime adaptation of Hans Christian Andersen’s The Little Mermaid.

By fall 2014, anime kiss peaked as a Google search term. That September, an episode of Glasslip (Gurasurippu) featured a long-awaited lip-lock between protagonists Touko and Kakeru. 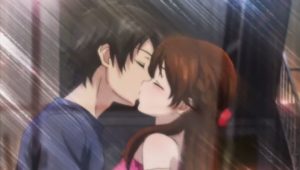 For fans of romance anime, a very popular expression of enthusiasm online is a top countdown of “best,” “hottest,” and “most passionate” anime kisses “of all time.”

Hitomi from Escaflowne was probably my first anime kiss. I can’t recall if she kissed Van or Allen first. Been too long.

pet peeve: anime kiss where both their mouths just disappear into the sunset never to be seen again and they look like two mannequins clunking their faces together

I wanna see the best anime kiss. Yeah might sound weird and all but meh, I’m in the mood for cutesy lovey dovey bullshit. Suggest a romance, preferably something with a good splash of comedy that has the best kiss scene imaginable. Something that’ll make even the most manly of men saw “awwh.” Be it between boy and girl, girl and girl or guy and guy; whatever, I don’t discriminate.

Anime fans, East and West, often discuss and post about anime kisses on anime forums on sites like Crunchyroll. Threads include the likes of “Best Anime Kisses?” and “Do you like when couples in anime kiss?” They especially enjoy, however, making and sharing GIFs, image macros, and YouTube compilations showcasing their favorites.

Many examples of anime kisses come from YouTube montages like “Top Greatest and Most Epic Anime Kiss Scenes of All Times.”

One more fetishistic sub-genre of the anime kiss is the anime kiss with saliva, which finishes with strings of saliva between the characters’ mouths. Hot.

This is not meant to be a formal definition of anime kiss like most terms we define on Dictionary.com, but is rather an informal word summary that hopefully touches upon the key aspects of the meaning and usage of anime kiss that will help our users expand their word mastery.