Feedback
an hero
another one

What does anime freak mean?

Anime freak is a term applied to people who are extreme fans of Japanese cartoons, called anime.

Where does anime freak come from? 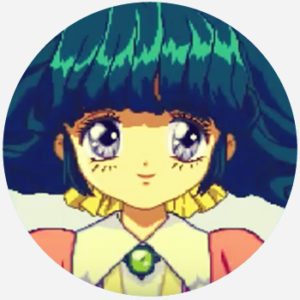 The phrase anime freak has been in use to describe someone extremely interested in anime since the late 1990s and early 2000s. A Japanese computer game series translated as Anime Freak FX debuted in 1995, around the time anime was starting to become popular in the West. The term freak itself has been slang for someone unusually enthusiastic about something (e.g., “coffee freak”) since the early 20th century, though it’s become especially common since the 1960s.

In 2007, the website AnimeFreak.tv was founded, which allows users to stream various anime. It bills itself as “Your #1 Anime Resource Site on the Entire Web.”

I can't help it if I'm an anime freak,' I mumbled, gazing at the portrait again.
Ileana Coca, Fairy Tale Redeemed, 2014
“Not to be an anime freak but last night I watched Spirited Away and today I'm watching My Neighbour Totoro and Im ready to move to Japan now”
@sigofthetimes, April, 2017
i don't think that if you cosplay, that necessarily makes you an anime freak. i'd cosplay as some anime characters at conventions because some of them look pretty damn cool.
flipdragn, Soompi.com [user comments], August, 2006
SEE MORE EXAMPLES

The phrase anime freak has much in common with the word otaku, which is a derogatory Japanese word like nerd but which Westerners often use to mean anime fan. Some treat anime freak the same as otaku, i.e., a diehard anime lover, sometimes embraced as a positive term of self-identification. Others reserve otaku for an anime connoisseur, using anime freak, joining others outside anime culture, to disparage fans as anime obsessives.

This is not meant to be a formal definition of anime freak like most terms we define on Dictionary.com, but is rather an informal word summary that hopefully touches upon the key aspects of the meaning and usage of anime freak that will help our users expand their word mastery.

an hero
another one
Home / Words / Slang / anime freak