What does yandere mean?

A yandere is a character, most often female and in anime, who become violently possessive of a love interest.

Where does yandere come from? 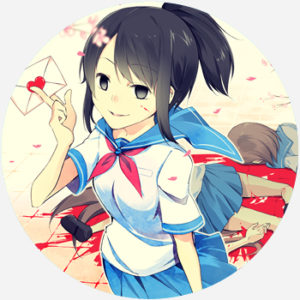 Yandere is a portmanteau of two Japanese words. The first is yanderu, which means “to be sick,” and the second is deredere, used here for “lovestruck.” A yandere is often sweet, caring, and innocent before switching into someone who displays an extreme, often violent or psychotic, level of devotion to a love interest. Such behavior might include brutally murdering other girls out of jealousy.

The term originates and is used predominantly in Japanese media, such as anime and manga, reaching back to the 1980s, though yandere took off as a character type in the early 2000s. However, yandere can sometimes refer to characters in other genres as well.

Yandere is a spinoff from tsundere, another anime character archetype, one applied to characters who are sometimes deredere, or lovestruck. A tsundere, however, has a tough, cold, and moody personality that later changes to gentle affection.

Yandere can be used as a noun, a verb, or an adjective. You can refer to a character as a yandere, or say that an action was “kind of yandere.” You can even say that a character is yandere-ing. In Japanese, the plural of yandere is yandere, but sometimes the regular English plural yanderes is used by English speakers.

Yadere are most often female characters, but male examples do exist. However, when they appear, they may sometimes be referred to as “male yandere” to differentiate them from the umarked female yandere.

A concept closely related to yandere is yangire. This comes from yanderu, the same root in the first part of yandere, and kireru, meaning “to snap.” A yangire, then, is someone who was suddenly “snaps” into violent behavior. While a yandere acts violently because of love, a yangire acts violently because of some triggering event that brings up their past. Yangire don’t usually act out of romantic affection, and their personality “pre-snap” doesn’t have to be innocent and romantic, unlike yandere.

The yandere face, pose, or trance, featuring stylized images of yandere characters, are a popular meme in Japan and in anime communities. A video game called Yandere Simulator, in which players act as a yandere who has to stop, even kill off, rival schoolgirls who share a crush on the same boy, became popular in 2014.

This is not meant to be a formal definition of yandere like most terms we define on Dictionary.com, but is rather an informal word summary that hopefully touches upon the key aspects of the meaning and usage of yandere that will help our users expand their word mastery.