Feedback
Previous What's The Origin Of The F-word? Next This Word Of The Day Quiz Is So Fun It's Almost Toyetic!

A popular donut shop changed its name, and the president threw a press conference. How did this affect word searches on Dictionary.com? Dive into the September 21–28, 2018 trending words list to find out!

It’s a name change we probably should have seen coming: After years of using the catchphrase “everything runs on Dunkin,” Dunkin Donuts is officially dropping the word “donuts” from its name. New England’s favorite coffee and cruller shop will henceforth simply be known as Dunkin.

So, what does that have to do with the dictionary? While debates over whether the move was good or just another “IHOB” raged online, searches for dunking rose to unusual levels. Dunking is “the action of plunging or being plunged into water or other liquid.” So now for the big question: Are you fond of dunking your donuts in your coffee? 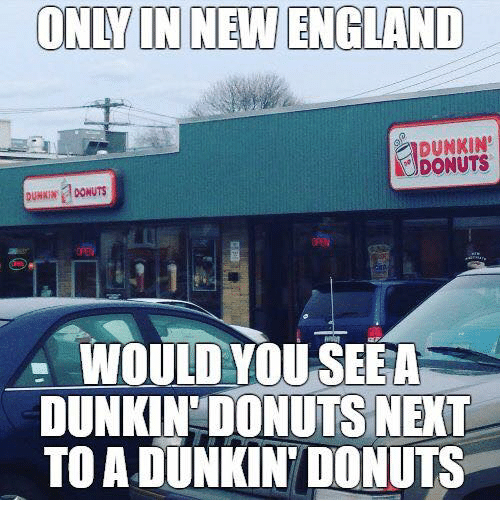 Indie rockers Interpol released a new album this week, and excited fans were digging deep into the meaning of the album title: Marauder. Searches for the noun jumped 78% as folks learned it refers to “a person who roams or goes around in quest of plunder.”

Bi Visibility Day is celebrated every September, and it helps raise awareness for the bisexual community. Part of that awareness is a better understanding of the terms related to sexuality. What does it mean to be bi? What about omnisexual or pansexual?

It was the latter term that saw a sharp rise in searches on Bi Visibility Day, with a 387% spike in searches. Although it’s related to bisexuality, pansexual refers to sexual activity with people of any sexual orientation or gender identity.

Can you guess which celebrity helped boost searches for pansexual earlier this year?

A second allegation of sexual assault was made against Supreme Court justice candidate Brett Kavanaugh in a New Yorker article this week. Written by Ronan Farrow and Jane Mayer, the piece includes an interview with the alleged victim stating she had become inebriated after being plied with drinks by fellow Yale classmates. Searches for inebriated quickly rose 241%. The word means “drunk or intoxicated.”

What happens when the president shows up at the United Nations to give a speech about “illicit drugs”? Well, this week it spiked searches on Dictionary.com for the meaning of illicit! The adjective—which means “not legally permitted or authorized; unlicensed; unlawful”—saw a 66% boost in searches.

If it looks funny to you, you’re not wrong. While searches for yatus climbed 40% on Dictionary.com this week, searchers were quick to discover that the word is not actually in the dictionary. So, what the heck was going on?

Blame this one on Big Brother, which showed flashbacks during its finale episode, including that time contestant JC Mounduix mangled the word hiatus, instead saying—you guessed it—yatus. That’s what we call a malapropism.

President Trump scored the biggest search spike of the week with his Wednesday afternoon press conference in which he called allegations against Brett Kavanaugh a con job. The word immediately sparked interest, with searches up 67,000%. A con job is “an act or instance of lying or talking glibly to convince others or get one’s way or an act or instance of duping or swindling.”

Netflix has scored another hit with its original rom com Nappily Ever After, a flick that details a woman’s relationship with, well, her hair.

The term nappy has long been considered derogatory, which may explain why searches for nappy hair rose 204% after the movie’s debut on the streaming service. Is it really OK to say the film’s title? Well, that depends. Although it can be used as a slur, nappy hair is a term that’s been reclaimed by some, especially women of color who have re-appropriated the term to speak positively about their own hair.

Testimony from professor Dr. Christine Blasey Ford on Thursday afternoon included her noting the sequelae of her alleged sexual assault. Typically used in medical settings, the word quickly spurred a 1,518% rise in searches on Dictionary.com, where folks learned that it refers to “abnormal conditions  resulting from a previous disease.”

Previous What's The Origin Of The F-word? Next This Word Of The Day Quiz Is So Fun It's Almost Toyetic!
RELATED POSTS