[ el-der-ber-ee, -buh-ree ]
/ ˈɛl dərˌbɛr i, -bə ri /
Save This Word!
This shows grade level based on the word's complexity.
noun, plural el·der·ber·ries.
the berrylike fruit of the elder, used in making wine and jelly.
elder2.
QUIZ
QUIZ YOURSELF ON "IS" VS. "ARE"
"Is" it time for a new quiz? "Are" you ready? Then prove your excellent skills on using "is" vs. "are."
Question 1 of 7
IS and ARE are both forms of which verb?
have
be
TAKE THE QUIZ TO FIND OUT

What else does elderberry mean?

Elderberries are humorously referenced in a popular quote from the 1975 comedy Monty Python and the Holy Grail: “Your mother was a hamster and your father smelt of elderberries.”

Where does elderberry come from?

Elderberries grow from elder trees. Elder trees are the common name for the species of trees that fall under the genus Sambucus.

Elderberries vary in color depending on which species of tree they are grown from. They aren’t usually eaten raw, a good idea since some species are poisonous, and instead are cooked or made into wines or jellies. 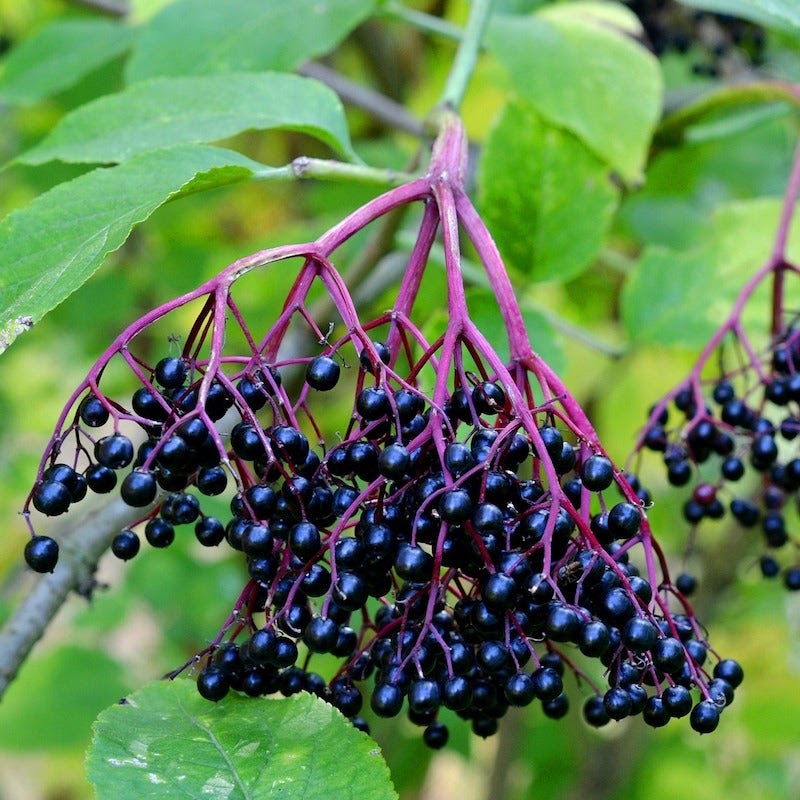 The word elderberry is recorded as early as the 1620s, with elder coming from an Old English word for the tree.

Elderberries have long been used for medicinal purposes, and into the 21st century elderberries are still popularly used to treat mild illnesses. Science has shown that elderberries can be effective in combating influenza and the common cold, as they are rich in Vitamin C, antioxidants, and other nutrients.

Elderberries also figure into a much-quoted line from the classic 1975 British comedy Monty Python and the Holy Grail. In one scene of this parody of Arthurian legend, a Frenchman delivers quite the colorful insult to Arthur: “I don’t want to talk to you, no more, you empty-headed animal, food trough wiper. I fart in your general direction. Your mother was a hamster and your father smelt of elderberries.” Why elderberries? The writers may have just chosen it out of randomness and absurdity, but the fruit may also paint the father as a cheap drunk.

How is elderberry used in real life?

Elderberries have been used for food and medicine for thousands of years, and elderberry syrups and supplements are still a very popular tactic in fighting colds and flus.

My kiddos are fighting off a nasty cold too! It sucks seeing them sick. Taking in all the elderberry until they’re better!

I think I need an elderberry drip #goawaygerms

Monty Python and the Holy Grail is a beloved film, and its “smelt of elderberries” line (sometimes misquoted as “smells” or “smelled”) is still popularly quoted or referenced in culture, such as in memes.

How to use elderberry in a sentence