[ mal-uh-yah-luhm ]
/ ˌmæl əˈyɑ ləm /
Save This Word!
noun
a Dravidian language spoken in extreme southwestern India.
QUIZ
SHALL WE PLAY A "SHALL" VS. "SHOULD" CHALLENGE?
Should you take this quiz on “shall” versus “should”? It should prove to be a quick challenge!
Question 1 of 6
Which form is used to state an obligation or duty someone has?
shall
should
TAKE THE QUIZ TO FIND OUT

Malayalam is a language spoken in the southwest of India, particularly in the state of Kerala.

The word Malayalam can also be used as an adjective to describe the culture of the people who speak this language.

About the Malayalam language

Malayalam is the name of a language that is primarily spoken in the Indian state of Kerala. 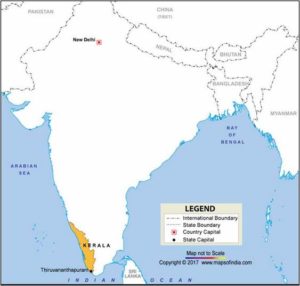 See that long, skinny area on the bottom left of India? That’s Kerala.

About 30 million Indian citizens speak Malayalam, and 90% of those people live in Kerala. Some neighboring states also have a minority Malayalam-speaking population. For this reason, it is the official language of Kerala.

Malayalam has its own special script (writing system) and a rich literary tradition dating back centuries. 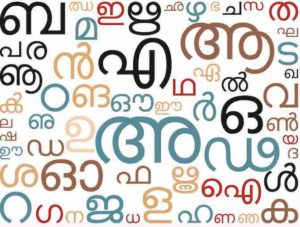 India is incredibly linguistically diverse, but many of its languages fall into two groups: Indic or Dravidian. Malayalam is closely related to another language of the region, Tamil, although there’s scholarly disagreement about exactly how close they are. Nevertheless, both of them are Dravidian languages. Dravidian languages are common in southern India.

Indic languages are very distantly related to the languages of Europe, being part of the Indo-European family, but they are more widely spoken in northern India. Hindi and Sanskrit are two very well-known Indic languages.

The word Malayalam itself comes from mala, meaning “hill, mountain,” perhaps combined with alam (“depths, place”) or al (“person”). Originally, Malayalam just referred to a region, but gradually the term evolved to describe the language of the people in the Malayalam region.

Malayalam is a palindrome: It reads the same backward as forward!

What are real-life examples of Malayalam?

Malayalam is mostly used like any other word describing a particular language and culture. Just as you would talk about French (the language) or French cinema, you can say that Malayalam is a distinguishing feature of Malayalam cinema.

One common context in which you might see it is in the film industry. Indian films (generally known as Bollywood films) are produced in many different languages. That’s because India has a lot of linguistic diversity. If Indian films were only made in Hindi, it would exclude a huge market. Often, actors will work in several different languages to increase their opportunities and exposure.

So, if you see someone talking about Indian actors making their Malayalam debut, that just means they’re acting in a film in that language for the first time.

The culture of the people who speak Malayalam might also be described using the word Malayalam—e.g., Malayalam traditions. A speaker of Malayalam or a member of a Malayalam-speaking group in Kerala is called a Malayali.

Fun fact: Malayalam-speaking people have their own calendar, which is also called Kollam Era and dates back to the 800s!

On Chingam 1 in the Malayalam calendar, my greetings to the people of Kerala, and especially my constituents in Thiruvananthapuram! pic.twitter.com/p4vkxrfbwY

How to use Malayalam in a sentence