Save This Word!
This shows grade level based on the word's complexity.
noun Anatomy.
muscle whose action is normally controlled by an individual's will; mainly skeletal muscle, composed of parallel bundles of striated, multinucleate fibers.
QUIZ
WILL YOU SAIL OR STUMBLE ON THESE GRAMMAR QUESTIONS?
Smoothly step over to these common grammar mistakes that trip many people up. Good luck!
Question 1 of 7
Fill in the blank: I can’t figure out _____ gave me this gift.
who
whom
TAKE THE QUIZ TO FIND OUT

What are voluntary muscles?

A voluntary muscle is a muscle that you choose to move, like those in the arms and legs, as opposed to the ones that move automatically, like the heart.

Example: Around 40 percent of a human’s body mass is made up of voluntary muscles.

Here’s a challenge: scratch your nose. Easy, right? Sure, but you still had to think about it—even if only for a split second. You had to decide to do it. That decision resulted in the movement of your arm and hand and finger (or your leg and foot and toe, if you’re very talented and weird) toward your nose thanks to voluntary muscles.

You may have noticed that people who use their muscles more have bigger, stronger muscles. This is because when the muscle gets used, it repairs the “damage” from that use by fusing the muscle fibers together. This type of muscle building is exclusive to voluntary muscles, since they can be moved at will.

Sometimes, voluntary muscles move involuntarily—they expand or contract without “being told to,” which can cause pain or discomfort. These movements are called muscle spasms or cramps and can happen for a variety of reasons, such as poor stretching, muscle overuse, dehydration, or illness.

What are some real-life examples of voluntary muscle? 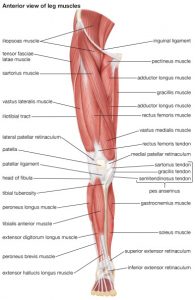 Year 3 are learning all about the muscles in our body. Here they are demonstrating voluntary muscle movements in their arms! 💪@HPLedu pic.twitter.com/jnrsQhnXVT

Most of us with #ALS don't have pain. We just gradually lose ll voluntary muscle control.

What other words are related to voluntary muscle?

The large triceps muscle in the back of your arm doesn’t move by itself and won’t do anything until the brain tells it to. According to this description, is the triceps an example of a voluntary muscle?

How to use voluntary muscle in a sentence