What does ABAR mean?

ABAR stands for anti-bias anti-racism. It is principally used to refer to educational programs, notably implemented in Montessori schools, that instruct young children about social justice and racial inequality.

The acronym ABAR gained greater use and attention outside of education during the George Floyd protests in 2020.

Where does ABAR come from? 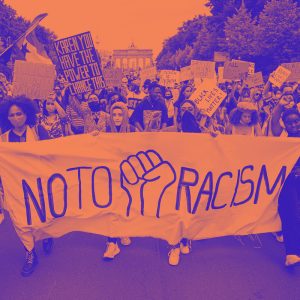 Anti-bias, also written as antibias, refers to a belief or practice that recognizes various social biases (especially in the form or racial prejudice and discrimination), and actively combats biases for a more just, equal society.

Anti-racism (or antiracism) entails “a belief or practice that recognizes pervasive racism in society, and actively combats racial prejudice and discrimination in order to promote racial justice and equality.”

While ABAR theories and practices are much older, anti-bias anti-racist has been specifically abbreviated as ABAR since at least the mid-2010s.

Interested in helping to develop Anti-Bias/Anti-Racist (ABAR) #Montessori curriculum? Fill out this survey!https://t.co/JrE32m1zsD

In ABAR education, teachers and staff—after first learning about their own forms of prejudice, privilege, and oppression—instruct young children about social identity and how to live in and cultivate inclusive, respectful communities. The goal of ABAR education is not only for students to counteract biases in their thoughts and behaviors, but also to oppose systemic racism in society.

Want to learn more about systemic racism? Read about it here, where we also break down the differences between systemic and systematic.

A leading scholar and educator on ABAR schooling and training is Louise Derman-Sparks, whose 2010 book, Anti-Bias Education for Young Children and Ourselves, informs and guides many ABAR education programs.

The acronym ABAR notably spread outside of educational settings in 2020 amid historic protests—sparked by the killing of George Floyd, a Black man, by police—against systemic racism in society. From calling to defund police departments to taking down statues of Christopher Columbus, activists have demanded people (especially white people), governments, and businesses to do the work of opposing bias and racism not only in heart and mind, but also in institutions.

I sent some funds to those on twitter and Instagram who provide valuable ABAR resources for free, and continued to work on my curriculum to make sure it is truly anti-biased and anti-racist. And that's how I'll celebrate the 4th of July from now on, to be uniquely American.
@SeanBuildsMinds, July 4,  2020
Major law firms, national and local, are requiring anti-bias, anti-racism (or ABAR) training for their attorneys and all their employees. Their clients are demanding truly diverse representation, and the firms are working to improve their cultures so their minority attorneys can thrive.
George W. Draper III, The St. Louis American, September 25,  2019

ABAR education and training—and demand for it in more schools, workplaces, and communities—notably increased in 2020, particularly in the US during a national discourse that stressed the importance and responsibility of white people and white-dominant institutions to combat racism.

We offer an accountability space for white people aspiring to practice anti-racism and co-conspiracy with PoGM. It’s a virtual ABAR training (designed pre-COVID intentionally to be virtual!) and is very experiential, relational, and deeply focused on self-work in community.

“To fully embrace ABAR education, schools must be willing to dive deep into their culture, policies, curriculum and the individual mindsets of all stakeholders.” Anti-Racist Work in Schools: Are You in it for the Long Haul? https://t.co/MvQyO3NkXK

Put together by a group of Montessori educators, Montessori for Social Justice strives to bring ABAR education in Montessori environments and beyond: https://t.co/gBFFZrrdQa

ABAR is generally used as a modifier, e.g., ABAR resources for middle school.

This is not meant to be a formal definition of ABAR like most terms we define on Dictionary.com, but is rather an informal word summary that hopefully touches upon the key aspects of the meaning and usage of ABAR that will help our users expand their word mastery.