What does 🗳️ Ballot Box With Ballot emoji mean?

The Ballot Box With Ballot emoji 🗳️  depicts a ballot box, as used to cast a vote during an election, with a paper ballot being deposited into its slot. The emoji is commonly used to represent voting and elections, both in political contexts and non-political contexts (e.g., popularity polls, award shows).

Where does 🗳️ Ballot Box With Ballot emoji come from? 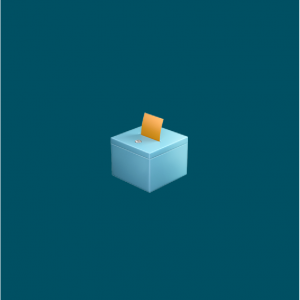 The Ballot Box With Ballot emoji 🗳️ was approved under Unicode 7.0 in 2014. On most major platforms, the emoji depicts a blue or gray ballot box with a generic paper ballot sticking out of it. On Apple and Facebook, the ballot is a blank piece of paper while other platforms show an “X” or checkmark on the ballot.

Ballot Box With Ballot emoji 🗳️ is used to refer to voting or elections of all kinds. You are very likely to see this emoji used during political campaigns in election years, especially during major presidential elections. The emoji may be specifically used to encourage people to vote or to proudly share one has voted.

It's almost time to rock the vote, Tar Heels!

Here's everything #UNC students need to know about how to register for and vote in the Nov. 3 election 🗳️https://t.co/sipLic4VDz

IS YOUR MIND MADE UP?🗳️ With the first presidential debate set for tonight, we want to know if you think either President Donald Trump or former Vice President Joe Biden can change your mind and win you over. https://t.co/rlJs2X4kMo

🗳️ Tonight, Boris Johnson and Jeremy Corbyn participate in a televised debate. Will you be watching and why? Have your say with @lizgreenlive: https://t.co/uBCLX59U7K pic.twitter.com/j9Rv1GBSUu

🗳️ The Scottish Parliament has today voted that an independence referendum should be held.

It is for Scotland to decide Scotland's future. pic.twitter.com/RH6aaRYHcY