What does Duggar mean?

Duggar is the surname of the family at the center of the 2010s reality TV shows 19 Kids and Counting and Counting On.

The Duggars include Jim Bob, his wife Michelle, and their 10 sons and 9 daughters. The devout Christian family became embroiled in a sex and child molestation controversy involving their son, Josh, in 2015.

Some have lobbied to get the term duggar to be used as a synonym for “assault or abuse” as well as “sexual hypocrisy.”

Where does Duggar come from? 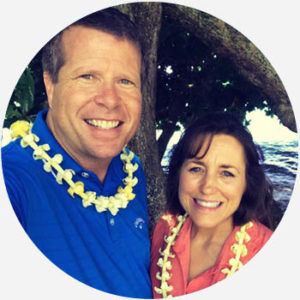 The Duggars live in Tontitown, Arkansas, where their shows are set. In 1984, Jim Bob, 19, and Michelle, 17, married, and they had their first child, Josh, four years later. After a miscarriage, the Duggars decided to forgo birth control and let nature do it’s business—ergo, their 19 kids.

Before getting their own show, the Duggars appeared on cable TV one-hour specials focused on four of Michelle’s deliveries as well as moving into their new home. The Duggars signed with the channel TLC in 2009, the show originally called 17 Kids and Counting. And, they honestly meant and counting.

The show focused on their conservative religious values—and, of course, life with so many children. On it, the Duggars filtered internet access, homeschooled their children, dressed modestly, and practice chaperoned courtship. The parents, meanwhile, refrained from contraception, prompting name changes from 17 to 18 to 19 Kids and Counting.

The show received mixed reviews, with some priding their piety and wholesomeness and others taking offense with their perceived misogyny and homophobia, leading to over 100,000 people petitioning TLC to cancel the show in 2014. 19 Kids and Counting did get cancelled in 2015, but due to very different pressures. That year, In Touch Weekly published an article detailing a 2006 police report alleging Josh Duggar molested five underage girls, including his sisters.

After the story, Fox News interviewed Jim Bob and Michelle, who described Josh’s actions as “inappropriate touching” and accused the police department of leaking the report. The hashtag “#duggarinterview” trended during the interviewing, with some criticizing the Duggars for downplaying molestation and others coming to their defense. On sites like Urban Dictionary and Reddit, users posted definitions and images advocating for the term duggar as a synonym for “assault or abuse” as well as “sexual hypocrisy.”

@megynkelly I get a deal was made to use “inappropriate touching” but it was just gross.#KellyFile #DuggarInterview pic.twitter.com/hPOu82aQFJ

Josh Duggar faced further controversy in 2015 when his named was leaked as part of a massive hack of Ashley Madison, a marital affair dating service. He admitted on CNN to being unfaithful to his wife and apologized for his hypocrisy. 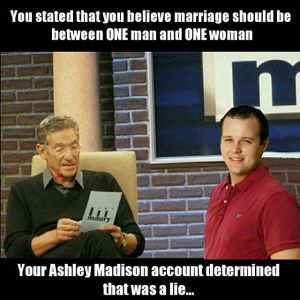 TLC lost $25 million through the cancellation of the show. But, in December of 2015 they already launched a successful spin-off, Counting On, featuring nearly the entire family with the exception of Josh. It seems people can’t get enough (of the) Duggars. As of 2018, the show is into its fourth season.

Whats your talent emily? Me: "Oh I can recite all the duggar kids from oldest to youngest!!"
@emilycalarco, May, 2014
Jill Duggar Says 'to Disagree Doesn't Equal Hate' After Husband Derick Posts Homophobic Tweets
Natalie Stone, People (headline), May, 2018
So Republicans defend war criminals, bigots, and child molesters. But they won't bake cakes for gay couples. Got it. #DuggarInterview
@HaroldItz, June, 2015
SEE MORE EXAMPLES

Culturally, the Duggars have been a lightning rod of criticism. While many viewers champion or sympathize with their conservative ideology, many others criticize what they feel is a ridiculous, regressive, repressive, and homophobic and transphobic lifestyle. Josh Duggar is often a lightning rod, named online in heated discussions on sexual abuse and the perceived sanctimony and hypocrisy of Christian conservatism. 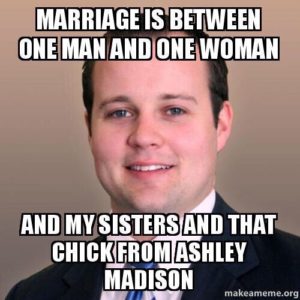 Everyone, though, shares a mutual fascination with the Duggars no matter the controversy.

This is not meant to be a formal definition of Duggar like most terms we define on Dictionary.com, but is rather an informal word summary that hopefully touches upon the key aspects of the meaning and usage of Duggar that will help our users expand their word mastery.