What does Egg Boy mean?

Egg Boy is a nickname given to teenager Will Connolly, who egged Australian right-wing politician Fraser Anning over xenophobic comments he made after the deadly mosque shootings in Christchurch, New Zealand in March 2019.

Where does Egg Boy come from? 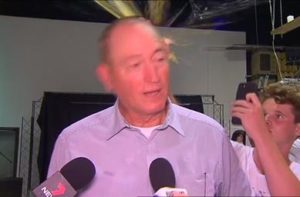 On March 15, 2019, a white supremacist shot dead 50 people at two mosques in Christchurch, New Zealand. The following day at a political party meeting in Melbourne, Australia, right-wing Australian senator Fraser Anning blamed the Christchurch shootings on “the immigration program which allowed Muslim fanatics to migrate to New Zealand in the first place.”

Will Connolly, a 17-year-old from Melbourne, brought an egg to the event and filmed himself smashing it against Anning’s head. Anning responded by punching Connolly in the face. The two wrestled until Connolly was arrested, later released without charges so the incident could be investigated.

Connolly was immediately celebrated as a cult hero against Islamophobia. For his egging, he was nicknamed Egg Boy. Carly Heading, an Australian radio producer, was one of the first to call Connolly Egg Boy in a tweet made during the incident.

A teenager has egged Senator Fraser Anning following his disgusting comments in the wake of the Christchurch shooting.
Australia has a new hero, thank you egg boy. pic.twitter.com/eEOKA8FFsW

Connolly joins a long tradition of egging, a verb for “pelting (someone) with eggs” out of disapproval or protest recorded since the mid-1800s. Elizabethan theatergoers, as the Guardian has noted, threw eggs at bad actors, for instance. Romans launched turnips at the governor Vespasian in AD 63, showing just how ancient the custom of food-throwing is.

A GoFundMe page, Money for EggBoi, exceeded its goal of raising $50,000 for “legal fees” and “more eggs.” While cheeky in name, the donations are going to help the families of the tragic victims of the shooting.

Stop calling him egg boy. / That was a brave thing he did. He stood up for what was right. He acted without hesitation. He acted with courage and without regard for his own safety. / Call him egg man.
@BodyForWife, March, 2019 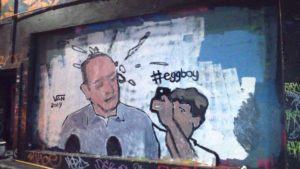 Axios
Nobody is going to stop eating eggs. Come on. And with Easter only a month away, eggs will have a constant stronghold within our collective consciousness. It also helps that the Egg Boy video has gone viral and he plans to donate most of the supporting funds he’s received via a GoFundMe page to the New Zealand massacre victims and victims’ families — another positive mark toward eggs.
Samuel Argyle, The Outline, March, 2019
SEE MORE EXAMPLES

Egg Boy quickly became a widespread nickname for Will Connolly in everything from think pieces to social media posts. Several murals have popped up in Egg Boy’s native Australia, with the nickname a focal point.

egg boy’s up at the Gladstone in Chippendale 🥚 pic.twitter.com/6CRBbms0JI

The hashtags “#eggboy” and “#egganning” are used when talking about the incident on social media. People on the internet have hailed Egg Boy as a hero and a legend, and sometimes refer to him as Egg Boi, drawing on the affectionate slang spelling of boi.

The NBA player Ben Simmons, who comes from Melbourne, had Egg Boy written on his shoes for a game in homage to his fellow Melburnian. 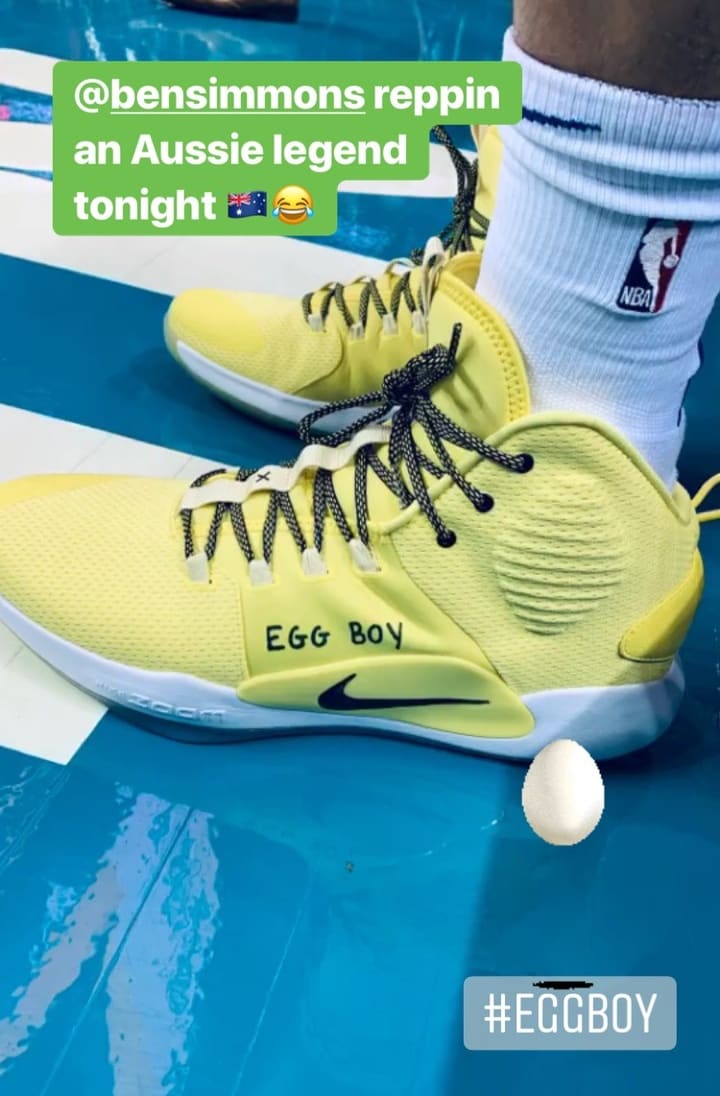 This is not meant to be a formal definition of Egg Boy like most terms we define on Dictionary.com, but is rather an informal word summary that hopefully touches upon the key aspects of the meaning and usage of Egg Boy that will help our users expand their word mastery.