What does Flocka mean?

Flocka refers to rapper Waka Flocka Flame, used especially by his fans to refer to him and his music.

Where does Flocka come from? 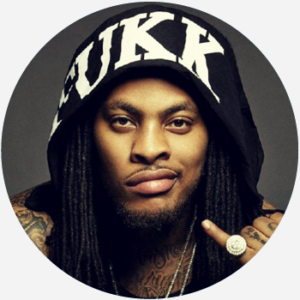 From the beginning of his career, Malphurs has heavily marketed the Flocka part of his moniker, often employing it as a nickname for himself. His debut studio album in 201o was called Flockaveli, punning on Machiavelli. He has since released mixtapes with names like DuFlocka Rant.

Once Malphurs became a popular act and familiar name, fans and music journalists took to referring to him as Flocka. By 2009, the term Flocka came to be used as an identifier for anything related to Waka Flocka. That year, the hashtag “#flocka” was being used when discussing Flocka or posting his lyrics online. Flocka also became an exclamation yelled at his concerts or at parties when his music came on.

Goldy needs some Flocka hair
@hudsonwisler, June, 2015
At my funeral when people are giving the eulogies, whenever you agree with something they say I want you to yell "FLOCKA!"
@JetH97, February, 2018
Flocka now describes himself as a “conscious eater” instead, telling the magazine that he is “conscious about the things I put in my mouth, and about the things that I drink.”
Nicholas Rice, Billboard, January, 2018
SEE MORE EXAMPLES

Among fans, Flocka is used as a shorthand for all things Waka Flocka, from the rapper himself and his music to his personality and look. For instance, one could get some Flocka dreads if they wanted to style themselves after Waka Flocka. As another example, one might do a Flocka dance if moving like the rapper does on stage.

Flocka is sometimes humorously shouted at random and in inappropriate contexts, in imitation to the frequent exclamation of his name at concerts and in the hip-hop community.

Though pronounced similarly, Flocka is not related to flakka, a synthetic narcotic sometimes referred to as the “zombie drug.”

This is not meant to be a formal definition of Flocka like most terms we define on Dictionary.com, but is rather an informal word summary that hopefully touches upon the key aspects of the meaning and usage of Flocka that will help our users expand their word mastery.