Who is Beast Boy?

Beast Boy is a fictional superhero who possesses the ability to shapeshift into different animals. He was created by DC Comics and is best-known as a character in the Cartoon Network show Teen Titans.

Where does Beast Boy come from? 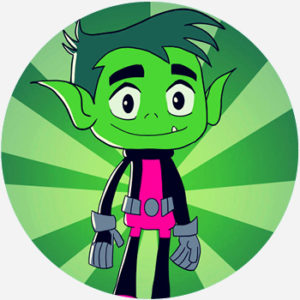 Beast Boy is known for his ability to shapeshift into different animals, both real and imaginary. He is easily recognizable by his green skin and hair, which is consistent in all of his animal forms as well. Created by Arnold Drake and Bob Brown, Beast Boy made his first appearance in a 1965 installment of The Doom Patrol series.

Born Garfield Logan, Beast Boy’s origin story includes the death of his parents soon after he was given his powers by an experimental serum administered during a childhood illness. Beast Boy was adopted by the ragtag members of the Doom Patrol and served as its youngest member until the death of the rest of the group. Beast Boy later joined the New Teen Titans, a DC comic-book series that attained great popularity in the 1980s, and which continues to this day. There, he was first known as Changeling before eventually reclaiming his original title.

Beast Boy’s other incarnation appears in Cartoon Network’s popular TV program, Teen Titans. Here, Beast Boy is one of five main cast members, and he often plays the role of the comic relief. The show strikes both comedic and serious notes, and it is known for its complex character development within a format accessible to younger viewers. Beast Boy was a popular character during the show’s run (2003–06), where he was voiced by Greg Cipes. He currently appears in Teen Titans Go!, a follow-up series from Cartoon Network featuring the same characters from the Teen Titans show.

This trailer is awesome!... I love that DC is making fun of themselves. And I love Beast Boy 💚
Chelsea McIntyre, Facebook, January, 2018
Due to various retcons and reboots, [Starfire’s] the only adult member, while her former peers Raven and Beast Boy are teenagers again. That’s what kicks off the issue, as a misunderstanding leaves Starfire feeling excluded by her teammates.
Ray Goldfield, GeekDad, January, 2018
Beast Boy • Teen Titans - he was such a cutie to me! - precious - the fact that he’s hilarious, BB would have me dying some episodes I like that he had such great humor - the ability to change in to any animal known to man
@rxmansblood, January, 2018
SEE MORE EXAMPLES

Beast Boy is widely used among fans younger and older of DC Comics, due to his long-running inclusion in the DC Comics universe. He is especially popular among fans of Cartoon Network’s Teen Titans TV series, which enjoyed success beyond many modern cartoons.

People familiar with Beast Boy will occasionally reference him with respect to other fictional characters with green skin or hair or shapeshifting powers. Fans frequently ship Beast Boy and fellow DC Comics character Raven in fanfiction and fan art, where the pair is sometimes called BBRae. As the name suggests, many fans abbreviate Beast Boy as BB online.

This is not meant to be a formal definition of Beast Boy like most terms we define on Dictionary.com, but is rather an informal word summary that hopefully touches upon the key aspects of the meaning and usage of Beast Boy that will help our users expand their word mastery.